The Yankees played a doubleheader yesterday, and I cooked dinner on the grill in between the games.  I put Duke at Pitt, 2018, on outside while I cooked, and man, am I ever glad that I did.

Is Writing Even Worth It Anymore?

Yesterday's Ross Tucker Football Podcast featured Chris Horwedel, founder of The Underdog Sports.  Good interview.  Horwedel talked about getting his start as a teenager writing about sports and hosting a podcast and how he'd been a little lucky -- and obviously very good -- in terms of finding collaborators and getting his business of the ground.

I don’t know if you guys know this, but I’ve been working—very occasionally—on a grilling cookbook for the past eight months or so.  I got the first maybe 10K words down and ran into something of a wall.  I realized that I needed to experiment more, that I’d gotten stuck too deeply in a rut with my grilling to write an interesting full-length story.
I needed time and space to experiment.
Read more »
By Danno E. Cabeza - May 16, 2019 No comments:

Quick Thoughts: Endgame and the MCU

Finally saw Avengers: Endgame over the weekend.  My kids and I felt very much like the last people on Earth to get to the movie, but I know that’s not true.  In fact, I work with a couple of guys who’ve never seen any of the Avengers movies. I mean, I know it feels like Marvel have taken over the movie world, but it’s still a specific niche, believe it or not, and there are plenty of folks who aren’t paying attention.  It’s just a very loud kind of niche. 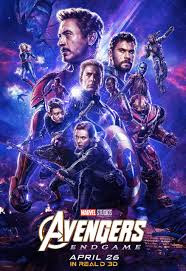 Lots of folks have published thoughts about Endgame.  It’s unclear that the world needs mine.  I’m gonna give them to you anyway, though, mostly because I’ve not yet had any time to grill or to think overmuch about how I’m going to write about grilling.
*big-time spoilers ahead*
Read more »
By Danno E. Cabeza - May 08, 2019 No comments: