Identity: Dan's identity is easily discoverable, but he is not a public figure.

Powers: Danno doesn’t mind walking all the way across a parking lot. That may not seem like a superpower, but it keeps his car doors from getting dinged up.

Abilities: Danno is an accomplished competitive swimmer, occasional freelance writer and Senior Writer for AsForFootball.Com, die-hard Grill Geek, and arch-beer snob. He is also a semi-skilled Dungeon Master, though he doesn’t get to play D&D as much as he might like. Dan is proficient with G.E.’s Multi-Area Reliability Simulation (MARS), Multi-Area Production Simulation (MAPS), XA/21 SCADA Energy Management System (EMS), and Siemens Power Systems Simulation for Engineers (PSS/E). He is a NERC-certified electric Transmission Operator. 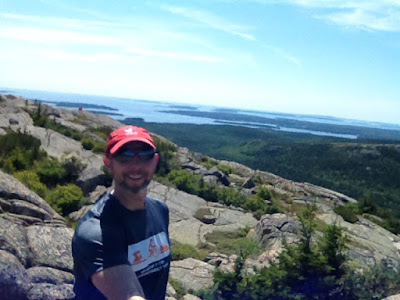 
Danno graduated high school in Tampa, Florida, where he swam for the Chamberlain High Chiefs. From there, he went to the U.S. Military Academy, graduated in 1995, branched Armor, and was stationed with the 3rd Infantry Division in Savannah, GA. He served as a tank platoon leader, headquarters company executive officer, and staff weenie. Following the Armor Captains’ Career Course, Dan was sent to Korea, where he served with the 4th Squadron, 7th Cavalry, again as a staff weenie. Dan left the Army in November 2000.

It was the height of the dot-com bubble, and Danno’s first job out of the Army was as a logistics consultant working for Kurt Salmon Associates. He taught basic leadership techniques to junior management personnel at a major catalogue company and performed time-motion studies for an environmental company in the great state of Connecticut. After the dot-com bubble crashed, Danno took a job in New York, moved to Hoboken, and started working as an overhead construction supervisor in the Bronx. He finished his MBA in 2006, was promoted, and eventually landed in system operations in 2010.

Danno met his wife Sally at a running club in Hoboken in the summer of 2002. They were married in December that same year and moved to Fairfield, CT, in 2004. They moved from Fairfield to Stratford in 2007. Danno and his wife have two daughters, Hannah and Emma.


Though retired from competition, Danno remains a swimming enthusiast and occasional charity racer.

Identity: Sally makes no secret of her identity, but she is not a public figure.

Powers: Sally has a supernatural sense of smell and a photographic memory.

Abilities: Sally is a professional educator and multi-discipline fitness instructor. She is an accomplished recreational runner, having completed several half-marathons, with a handful of finishes under two hours. Sally has also finished four triathlons and is exceptionally fluent in Spanish. 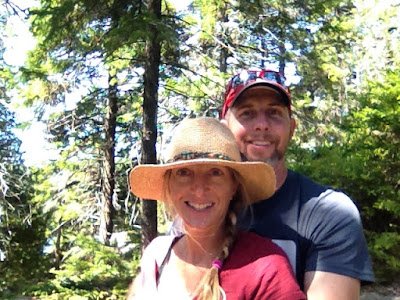 
Sally graduated high school in Fairfield, Connecticut, attended Boston University, and then volunteered for the Peace Corps. She spent some time in Africa but was eventually stationed in the hinterlands of Paraguay for three and a half years. She taught indigenous school-age children basic skills, including Spanish, in order to help them better integrate with Paraguayan society as a whole. She also traveled extensively at this time--so much so that it’s a miracle she wasn’t kidnapped by the Sendero Luminoso.

After she returned to the US, Sally went to Columbia University, got her Masters in Education, and began teaching--again in Spanish--at a New York City public school in the South Bronx. From there, she moved to Hoboken, taught for a year in Hoboken’s public school system, and then went private, spending a year teaching second grade at the prestigious Geneva School in Manhattan. It was at this time that Sally met her husband Dan, at a running club in Hoboken. They married, moved back to Fairfield County, and she eventually had two kids--Hannah and Emma.

Sally is a certified Personal Trainer and Behavioral Change Specialist with her own practice through HeadSpace.Fit.  She also teaches group fitness classes at through the Coastal Connecticut YMCA, the Edge is Stratford, and through a variety of private local studios.  Sally maintains a weekly fitness blog at HeadSpace.Fit.