People keep saying that this was the worst year ever.  From a certain point of view, that’s probably right.  We’ve all struggled with a global pandemic that’s killed hundreds of thousands here in the U.S. and which the country itself has wholly failed to confront on any kind of serious, rational basis.  We’ve all been trapped in our homes, and like you, I’ve watched my kids struggle with the isolation of remote-schooling and quarantine.  We went through months and months where we didn’t even have sports to distract us, and even now, we still can’t actually go out to anything, save in limited, inherently isolating ways.  We suffered through race riots, war scares, and an economic collapse that, let’s be honest, may yet get exponentially worse.  My own wife lost her job this year -- twice -- and my favorite professional wrestler just died. 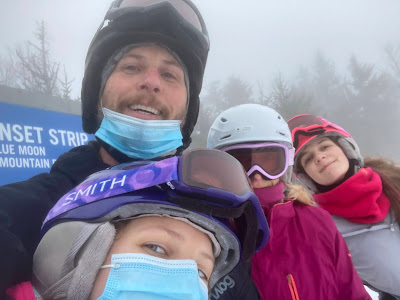 I gotta be honest, though.  I’m trying to keep it all in perspective.

Good morning and Merry Christmas, everyone.

As I write this, it's Christmas morning.  I'm sitting in a ski lodge just down the road from Mount Snow's Carinthia base listening to the rain.  Sally and the girls are asleep in their rooms just a few feet away.  We skied Okemo yesterday, finding good snow but lousy visibility in the morning before high-altitude winds hit as the forefront of the current storm.  Those blew away the low-lying fog, allowing us to at least see, but they also shut down the lifts running all the way to Okemo’s summit.  We had a really good day on the lower half of the mountain, but at age 47, I've reached that stage where it can take quite a few runs to get fully warmed up.

Our tenth and last run was by far my best.  Go figure.

A couple of guys were arguing about this on my Twitter timeline, and it got maddeningly acrimonious. Typical Twitter slap-fight maybe, but it’s still one of those things were both guys were mashing the PUSH TO TALK button without actually receiving anything. Obviously, both sides have a particular point of view, so that approach accomplished nothing.

Here we are once again, and again I gotta say that I cannot believe how close this is.  I saw an article from one of the major news magazines on Twitter awhile ago saying that the President has once again shocked coastal elites.  I gotta say, that's God's own truth.  I don't always think of myself as a coastal "elite," per se, but in this instance, I once again feel like a stranger in my own country.

I really don't get it.

Let's start with the obvious.  We're four years into this thing.  There aren't any surprises.  We all know who this President is.  He is not trying to hide it.  So.  If you've now voted for Donald Trump twice, the only possible explanation is that you're one of his fans.

You're not voting "against" anything.  You actually like this shit.

This is the part I don't get.

Some Quick Thoughts on Baldur's Gate 3

I am not a gamer.  I like tabletop D&D quite a bit and have played the previous iterations of various D&D computer games like Baldur's Gate, Icewind Dale, and Neverwinter Nights, but those are absolutely the only computer games that I ever play.  Really,I don't give two shits about computer gaming.  I just happen to like Dungeons & Dragons despite having no easy way to play much anymore nor overmuch time to spend sitting around a table.

These are my thoughts.  Take them for whatever they are worth.

Stare into the abyss, the abyss stares back.

Image of a black hole from astrophysicist Lia Medeiros via CNet.  This picture somehow supports Einstein's theory of general relativity, especially the idea that "gravity is the warping of space and time."

I am not bad with science stuff, but I have no idea what that concept and this picture have in common.  Nevertheless, this is an amazing shot.

Games & Locks of the Week is up for @asforfootball patrons. @RobertCharlesW & I are collectively 15-3 on our picks this season.

I mean, I don't know how many of you are betting sports, but we could actually help you make a little money.  If that means anything to you.  I really have no idea.

I really liked this podcast.  I hope you do as well.

Thanks.  That's all I've got.  Enjoy the weekend! 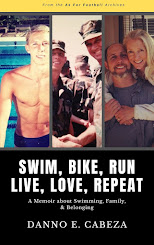 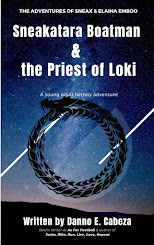 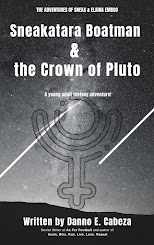