Army Football opens Spring Camp tomorrow.  Practices are open to the public, as is the Spring 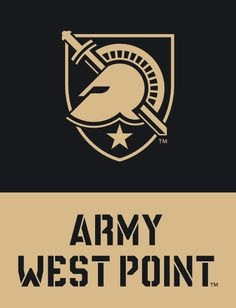 Game at the end of the month.

The schedule is as follows:

Let’s assume you want to watch a practice or attend the Black and Gold game.  What should you be looking for?
Army’s defense ought to be ahead of its offense this spring and again next season—at least early in the year.  With apologies to the defense, then, this article focuses mostly on offense, which is where we have the most questions.


Five Reasons Army Black Knights May Struggle in 2016 (Scout.Com)
The Black Knights cannot find a quarterback
Jeff Monken played three different quarterbacks in 2015, never really settling on THE guy due to a combination of injury and less than ideal play. A.J. Schurr has graduated and is now out of the picture, so the likely battle for the signal caller spot will be between junior Ahmad Bradshaw and sophomore Chris Carter. This year Monken needs to pick his guy and stick with him unless the standard of play just falls apart. Carter seemed to be the lean at the tail end of the 2016 season and his ability to pass the ball did give Army an added dimension. His game will have to have grown in this offseason though to make the Black Knights a threat.
This article is ignorant to the point that it makes me wonder if the writer actually watched any of Army’s games.  He certainly didn’t do any research.
Coach Monken named Bradshaw the starter after the Summer Scrimmage last year, and he stuck stubbornly with his man until his man got hurt.  Even late in the season, Monken kept trying to go back to Bradshaw, but Bradshaw just couldn’t go.  For better or wose, Bradshaw is a bruiser who plays his best between the tackles, so when he was hobbled with turf toe, his game suffered dramatically.  Army certainly would have been better off turning to Carter earlier in the season, but that didn’t happen—mostly because Monken was loyal to “his guy”.  I don’t fault the coach’s reluctance to give command of the offense to a true freshman, but in retrospect, Army had a very good quarterback-in-waiting.  However, we didn’t find that out until late, mostly because Monken was loyal to his starter.
Meanwhile, A.J. Schurr struggled to stay healthy all four years, which is perhaps the most important reason why Bradshaw got the starter’s job in the first place.  Schurr is and always has been an athletically gifted guy, but he’s been knocked out of half the games he’s started.  I don’t fault him; football is a rough sport, and Army plays a particularly bruising variety of it.  Still, the reality is that Schurr had real trouble staying on the field.  Similarly, though it’s hard to remember now given how well he played against Navy, Chris Carter came in against Rutgers on a strictly emergency basis.  The fact that Carter played well was more of a miracle than an expected result.
2016 finds Army in a much better place.  We don’t know how the O-Line is going to look, and it’s unclear that Army has a fullback who can carry the load, but…
-- We now have two quarterbacks with starting experience and a full season in the offense.  That’s two more than we had at this time last year.  Yes, lest we forget, last year was also Bradshaw’s first year under center.  That showed at times.
-- We have several very talented and experienced slotbacks, mostly rising yearlings.
-- For the first time in recent memory, we have a legitimate #1 wide receiver in Edgar Allen Poe.  Poe might be the best receiver Army’s had since Stonewall Jackson graduated and dinosaurs walked the Plain.
-- We have more depth, especially on offense, than Army has had since Ellerson’s first couple of years.  That is a big deal.
-- On defense, the return of CB Josh Jenkins is huge, as is the fact that S Xavier Moss will start the season with a year under his belt at his new position.  Jenkins is arguably Army’s best player, and though Moss played better down the stretch last season, his first few games on defense were rough.  Army’s safeties improved markedly over the course of 2015, and along with the emergence of CB Brandon Jackson, the secondary in general has a chance to be a real strength of the Army team next season.
2015 was a banner recruiting year for Army, and a lot of its newest players saw time.  This year brings last year’s good-looking Prep School class into the fold, a decent-looking crop of recruits all on its own, and a bunch of upperclass leadership, especially on defense.  I don’t know how the team itself is going to start, but they have a good chance of finishing strong, and that by itself would be a Hell of an improvement.
Spring Watch List - Army Offense (Army.Rivals.Com)
With the defense, we enter spring practice with few questions about who will be starting, but with a lot of questions about who will provide depth. We have the opposite situation with the offense. The Black Knights are two deep or more at several key positions, but we are still wondering who will be the starters in the fall at most offensive positions…

Everybody’s focused on who the starting quarterback is going to be, but the position battle that they ought to be watching is the one for the starting center’s job.  Incumbent Matt Hugenberg is graduating, and to further quote the article, “Hugenberg missed only one snap last year and that was due to an equipment failure.”  This on an O-Line that has had extreme trouble maintaining consistency amongst its starting five.  Though I can’t help hoping that the emergence of a new center will help iron out some of the issues that this team has had with center-quarterback exchange, it’s obvious that Hugenberg is going to be missed.
A few additional thoughts:
-- It really doesn’t matter who starts at quarterback.  I personally think Chris Carter runs the offense a little better, but as a matter of reality, Army needs at least two starting-caliber QBs.  Army has used at least two starters the past several seasons, and as we noted in the opening, it used three last season.  Considering the brutal, straightforward nature of Army’s triple-option offense, depth at quarterback is an utter necessity.
Bradshaw is a big guy who runs well between the tackles and has breakaway speed.  He has a decent arm, but I don’t think he’s quite as good at managing some of the misdirection (counter) plays that make the triple-option run at optimum efficiency.  Still, he is a killer inside against poor tackling.  We saw that last year against UConn, and it’s worth a lot, especially for an offense that should be able to stretch defenses laterally.  Bradshaw makes guys miss one-on-one, and he has the speed to get to the house when he gets into open space.
Carter has a better arm, a better feel for the game outside the tackles, and—to my eyes, at least—a better command of the offense as a whole.  We saw this against Navy.  The problem, though, is that he’s small.  At  5’11”, 180 lbs, he’s smaller than I am, and I am a swimmer.  It seems improbable that he can hold up through an entire season of using his head as a battering ram, though I am certainly rooting for him.
-- The article notes that Kelvin White, Army’s starting tight end, is also graduating.  They note that White played 60% of Army’s offensive snaps, which is kind of amazing.  Not surprisingly, Army tends to use the TE more to block than catch, but White still needs to be replaced, and it’s not at all clear who is going to get the job.
For what it’s worth, Army’s top recruit at tight end is from my home state of Connecticut, so expect to see more on that as it develops.
-- Though several of the slotbacks are struggling with injuries, Army is deep at this position overall.  According to the article, they’re looking to put a three slotback package on the field next year, using a wishbone with a third guy in the slot as a receiver.  It’s an intriguing idea considering the talent they have at this position.
That said, I think this is one of those ideas that benefits Bradshaw more than Carter.  The three slotback package presumably forces a defense wide, covering a maximum number of running lanes close to the line of scrimmage.  If the defense stacks the box, then you run a toss-sweep or a simple pitch-option to the outside, and a guy like Jordan Asberry has already shown that he can gain yardage outside.  The second slotback gives you the opportunity to run a counter-pitch, and the slot receiver (presumably) introduces a short-yardage passing game—or a downfield/counter blocking scheme, which is perhaps equally likely.  What really makes the concept hum, though, is its inherent misdirection. When you add in a bruising quarterback who can break tackles inside, this—should—become a nightmare to defend.
-- Finally, the article calls out the need for a starting fullback and event mentions Drue Harris as a candidate.  Which makes me wonder what rising Firstie Aaron Kemper has to do to get a little love in the locker room.  Kemper was Army’s best fullback last year by a mile.  Check the statistics if you don’t believe me.  At 5.4 yards-per-carry, Kemper played much better than any of the other guys, though Matt Giachinta caught the ball better out of the backfield.

For what it’s worth, I’m hoping to get up to the Academy twice this month.  Because we renewed our season tickets early, I got complimentary tickets to Army-Navy Lacrosse on April 16th.  Then Army’s Black and Gold Game is Saturday, April 30th.  We’re planning to go up for that as well.
By Danno E. Cabeza - March 30, 2016