As I mentioned on Tuesday, Sally and I took the kids on a quick family vacation over President's Day Weekend.  Our goal was just to get away and get outside, but we wound up skiing for two days at West Mountain Ski Area.  We stayed at the Fort William Henry Hotel and Conference Center, which proved to be an interesting and enjoyable experience.

As it happens, three days of skiing and beer will not help your swimming.  It certainly didn't help mine, not least because being up in the mountains meant missing two days of workouts.  That had me feeling sluggish as anything last night. 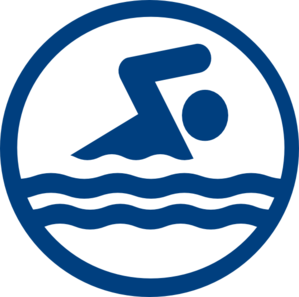 My friend Andy has been putting in 3700+ yards of high quality work at a shot this week.  I personally decided to settle for a long set of aerobic paced swimming, where I did nothing more difficult than holding a steady pace over time.

As it happened, that wasn't quite as easy as I might've hoped.

You guys probably aren't going to like this one overmuch.

I skied a lot after I got out of the Army, and Sally and I used to ski together quite a bit right after we got married.  We skied on our honeymoon and when the kids were little enough to stay in Day Care while we were out on the slopes.  But the kids reached a certain age where they were too big for Day Care, and sometimes life just gets in the way.  One thing led to another, and next thing we knew, it had been eight years since we'd hit the slopes.

We needed to find a little mountain where the kids could take some ski lessons, and Sally and I could re-introduce ourselves to the sport.  West Mountain in Queensbury, New York, fit the bill perfectly.

I've been trading workouts with my buddy Andy for the past couple of weeks.  So far, it's been mostly one-way.  Last night marked the first time I took one of Andy's workouts and did it myself.

We are both competitive guys.  We've been friends for a long time, were teammates at the Academy, and in fact, Andy was the captain of the Army team when we were firsties.  So we go back a ways.  What I've learned--the hard way--is that when you're competitive with your friends, you still need to swim your own races.  In fact, that's definitely the time to stay strictly in your own head and do your own thing.

I didn't do that last night, and I'm paying for it today.

5 Things on a Friday: First Look at Iron Fist 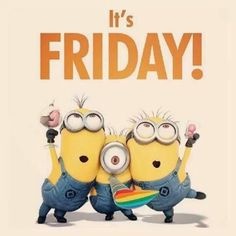 Fair warning.  You guys aren't gonna like this one.

In every respect, this was opposite what you'd expect to see out of the two of us.  But it inspired today's workout, which was similar to yesterday's, save that it's built around 200s and intentionally puts the effort on the first part of the set.

I'm posting this, so I can add it to my archives.

5 Things on a Friday: My Personal Hypocrisy

It’s been a tough two weeks.
I’m a relatively liberal guy, but I have a lot of conservative friends and a few super-conservative friends, and we live in an age where things are not going as I would personally prefer.  It’s not just that my side lost.  As a Bloomberg fan, the truth is more that my side opted not to run, only to have the nightmare scenario play out regardless.  I hit a personal nadir just this past weekend, however, when a friend asked if I was still in favor of gun control now that we have a guy in the White House with whom I so violently disagree.  This struck me as a strange question.
What am I supposed to do, start a bloody revolution?  Against whom?
I know the mayor of my town and many of the police.  I support my local politicians, agree with a wide plurality of our state and local laws, and generally like living where I live.

I finally went through and pruned my Facebook feed.  I didn’t unfriend anyone, but I did unfollow more than two dozen, and it’s made me a better person.  If those folks want to message me, that’s fine.  We can grab a beer and talk shop, or whatever.  I’m not saying that I hate anyone or that I never want to see them again.  Actually, it’s quite the opposite.  These past two weeks have made me angry all too often, and that’s not good for anyone.  I will agree that all politics are personal, but they are also always local as well.  I therefore want to live my own life in my own way, and I humbly suggest that this is a good way forward in an otherwise divided nation.  I am in hopes that my own home State of Connecticut can opt out of as much National Level Fascist Bullshit (NLFB) as possible.  I guess we’ll see how that goes.  David Frum was not too keen on this idea in his piece in the Atlantic this week.
I talk politics on this blog quite a bit, but more and more, I’m realizing that it’s a mistake to engage on the open platforms of broadband social media.  Granted, sometimes I can’t help it.  If you come HERE, however... This is my blog, and you’re going to get my opinions.  You don’t have to trust me or my sources, but please, take your distrust as an invitation to go elsewhere.

I'm not on a crusade, and I'm not looking to convince you.  Read at your own risk.