The hardest part, to me, is just getting out the door.  Whatever I’m doing, be it swimming, running, lifting weights, or something else, if I can get all the way out my front door, I’m usually good to go.
It was not this hard growing up.  Even when I had to get up at four-thirty in the morning to be on the pool deck by five, working out didn’t typically feel like a struggle, exactly.  It was more like a gut-check.

#SBRLLR: Some Things You're Just Born to Do (Part 1)

Some Things You’re Just Born to Do

“Many of life's failures are people who did not realize how close they were to success when they gave up.”
― Thomas A. Edison
There I was, no shit.
We’d been living in Annandale, Virginia, for not quite a year.  I’d made a few friends and was approaching the end of the fourth grade.  Summer was coming, but the sky remained cool and overcast.  A stiff breeze bit my ten-year-old skin.  The concrete pool deck was cold beneath my feet.  I had to swim the length of the pool without stopping to earn a spot on the Camelot Swim Team. I was chilled to the point of shivering, but I remained confident, too.
I could do this.

Saw this & legit thought it was a joke. Did Navy get relegated out of the AAC? Those look like 2nd tier European futbol jerseys.
— Danno E. Cabeza (@Dan_T_Head) November 24, 2017

5 Things on a Friday: Black Friday

Happy Black Friday, folks!  I assume you’ve got the day off, and I do, too. 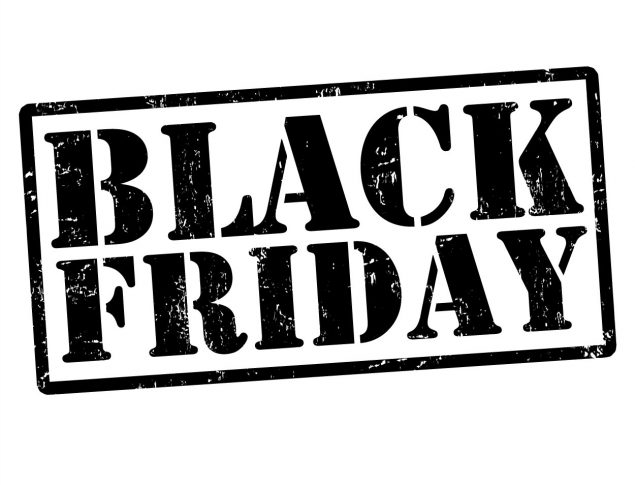 Are we shopping yet?

It's Thanksgiving, a day of family, friends, and joy and also, of course, a time to reflect on the blessings in our everyday lives.  This year in particular, I feel like I've been richly blessed. 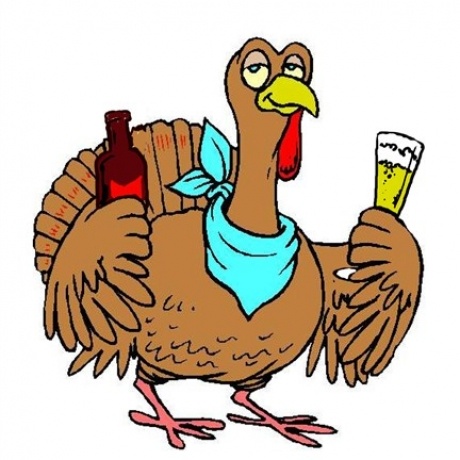 I am thankful for:

A Story of Swimming, Family, and Belonging

During one of the first meetings we had as newly elected class officers following our 20-year reunion up at West Point, new Class President Phil Sounia talked a bit about his goals for our class’s legacy.  “Classes are remembered,” he said, “when they write their stories down.  People can’t remember what a class has done if its members don’t tell what they did.
Read more »
By Danno E. Cabeza - November 22, 2017 No comments:

Went with my buddy Ben and his son to see Justice League Saturday -- in IMAX -- while Sally and the girls and their friends went to see Wonder.  Right up front, I had two key takeaways:

1. IMAX shows a lot of Justice League.  Like, yo, that League was big, and it was LOUD.

2. Coming off Batman vs. Superman, the movie overall was exponentially better than I thought it would be.  I still don't think that the DCEU has come up to the standard of the MCU, but this one movie at least was a lot more fun than it was grim, gritty, and noir. 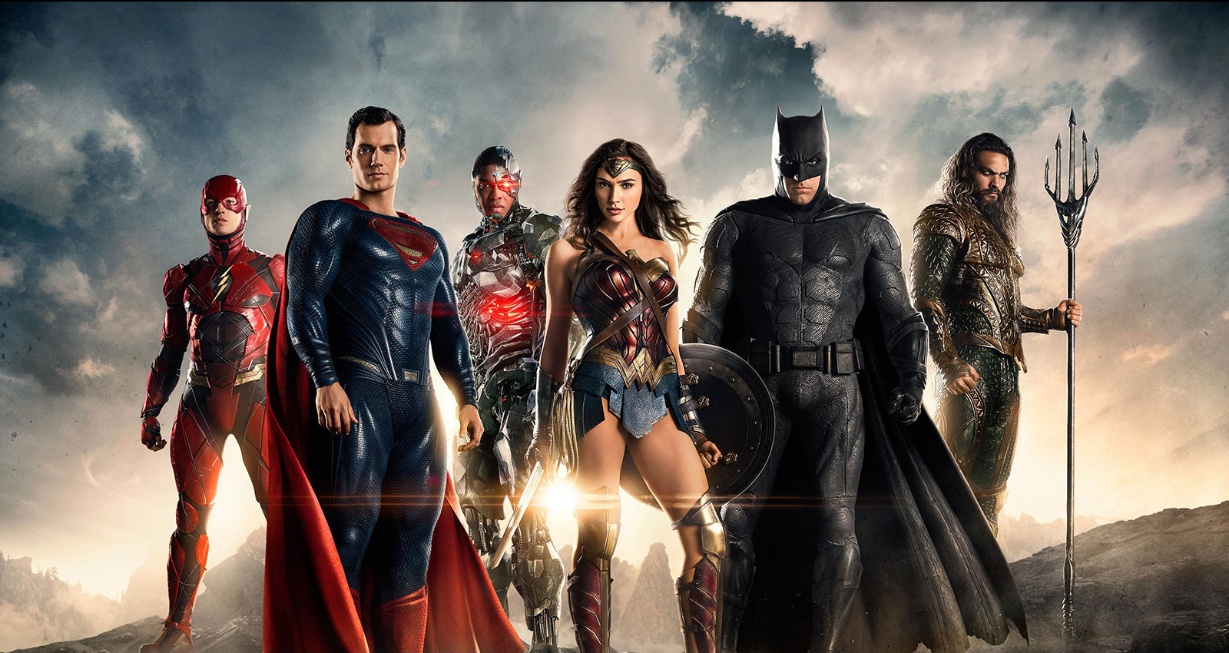 To say the very least, that did not play out the way that I thought that it would.

5 Things on a Friday: Writing Update & Other News

Happy Friday, folks!  Let’s get it on!

Crunch: Back in the Gym

I’m back in the gym after much wailing and gnashing of teeth.
And actually, yeah, it’s been really great.
Read more »
By Danno E. Cabeza - November 16, 2017 2 comments:

Save for a stumble at Tulane, Army Football has had a dream season. The sole blemish on the team’s resume is that they have yet to beat a team with a winning record, a circumstance that I’d not have bet on prior to the season. That changes this week. Army’s last two games are against bowl eligible teams with excellent offenses and strong cultures of winning.

This week, Army (8-2) travels to Apogee Stadium in Denton, Texas, to take on a familiar foe in North Texas. The Mean Green (7-3) have already clinched the C-USA West division title.  Still, I expect this to be a hard-hitting contest between two closely matched teams.  After splitting a pair of games last season, Saturday’s contest marks the rubber match before the series discontinues in 2018.

It’s amazing to me after all this team has been through this season, especially on the defensive side of the ball, that they’ve already matched last season’s win total and have a reasonable chance of winning out.  I thought the losses of Andrew King, Jeremy Timpf, and Xavier Moss would really hurt this team, and especially on defense, and for a while they did.  But the Army Team has battled back and found a way.  They’ve consistently played big in the biggest moments.  If you were around Michie Stadium for the 2015 season, well, the differences are profound.  That’s despite the fact that a lot of the same players are still on the field.  They celebrated Senior Day yesterday, and my God, have they come a long way.

5 Things on a Friday: Veteran's Day

Happy Friday, folks.
It's a lot of football today, everyone.  I hope that meets with your approval.

Army laid an old-school ass-whuppin’ on Air Force on Saturday, and by God, it was satisfying as all Hell.  Cries of “Bring on Navy!” echoed across Black Knight Nation because now the December 9th showdown will be for the coveted Commander-in-Chief’s trophy.
First, though, the Army Team will have to get by the Duke Blue Devils, a very good team that has had the particular misfortune of playing both a resurgent Atlantic Coast Conference (ACC) schedule and a number of very tough regional rivalry games, too.  It’s a bad spot for the Black Knights coming off an emotional win on the road against a talented but desperate Duke team that is itself coming off a bye and which needs to win 2 of its last 3 to become bowl eligible.

Congratulations to the @ArmyWP_Football team for winning against our @USAirForce Teammates. #ARMYvsAF #GoArmy! pic.twitter.com/Lh2ufRHwxt
— GEN Mark A. Milley (@ArmyChiefStaff) November 5, 2017

Army is undefeated at home this season.  If they want to stay that way, they’ll have to get past the big win in Colorado Springs in a hurry.  This Duke team presents one of the toughest tests Army will have faced all season.

Wow!  I did not see that coming.

I'm not sure how much analysis is needed when one team knocks the snot out of the other team, but here goes.

5 Things on a Friday: What Is Clutch?

After a week of rest and preparation, the Army Team heads to Colorado Springs to take on a suddenly hot Air Force squad that would very much like to put itself back into the race for the Commander-in-Chief’s Trophy while simultaneously taking an important step towards bowl eligibility.  The Black Knights have seen a bunch of good defenses this year, but the Falcons own by far the toughest offense they’ll have faced.  It will be interesting to see how the team responds.

When you love your players, they’ll give you everything they’ve got! #GoArmy pic.twitter.com/JcVpTywNoC
— Army WP Football (@ArmyWP_Football) October 23, 2017

After an impressive road win against Colorado State, the Zoomies are back home and no doubt feeling confident with Army coming to town.  Army hasn’t beaten Air Forceat Air Force since 2005.  In fact, the Black Knights have just 3 victories against the Falcons overall since I myself entered the Military Academy way back in 1991.
Read more »
By Danno E. Cabeza - November 01, 2017 No comments: