5 Things on a Friday: Acoustic Metallica! 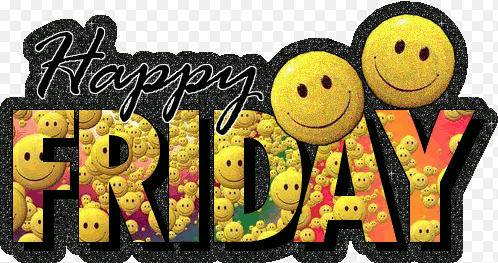 1. Alliance of American Football QB Draft: Aaron Murray, Christian Hackenberg highlight QBs taken in AAF event (CBS Sports)
"The Alliance of American Football represents a fundamental shift in the way we approach professional sports," Charlie Ebersol said at the time. "We believe fans and players are what's most important, so our approach is simple -- we've created an Alliance where fans and players share in the success of their teams..."
CBS will air the league's debut game on Feb. 9, 2019, one week after Super Bowl LIII on CBS. The network will also carry the Alliance of American Football's championship game on the final weekend of April 2019. One regular-season Alliance game will air exclusively on CBS Sports Network each week as well. You can view the entire AAF schedule here.
I am officially fascinated by this thing.  No idea if it’s gonna make an actual impact, but I’m definitely following the story.
By the way, this represents the perfect time to try a triple-option or read-option offense at the pro level.  Something like that would probably win this league.
2. Georgia Tech coach Paul Johnson stepping down after 11 seasons (ESPN)

Georgia Tech coach Paul Johnson, whose 189 career wins rank fourth among active FBS coaches, will step down after this season, the school announced Wednesday…
Los Angeles Chargers offensive coordinator Ken Whisenhunt, who played at Georgia Tech, is expected to be a top candidate to succeed Johnson, according to sources. Clemson co-offensive coordinator Tony Elliott, Alabama offensive line coach and former Tech player Brent Key and Army coach Jeff Monken, who also runs the triple option, could be in the mix as well.
This has been everywhere, mostly via very lazy reporting.  Johnson had a great run at GT, especially early in his tenure, but he started very slow this season after a posting a losing record last season.  He’s now 12-11 in the last two years.  Bottom line, he was on the hotseat.  Rumors had been swirling for months that Tech wanted to go in a different direction, and Johnson’s retirement gives cover for them to do that without seeming ungrateful.
I do not believe that Coach Monken will be in the mix to replace Johnson.  Folks are only saying that because Monken has been successful running a similar offense.  It’s worth noting that Johnson’s failures were mostly on defense, so really, if you wanted to stay with the triple-option, you’d do better to hire a defensive guy to be your new HC and then get somebody like Army OC Brent Davis to come in and be the new OC.  But no one is saying that, which is why this is lazy reporting.
What do Wizenhunt and Elliot have in common with the triple-option offense?
Nothing.  And those are the names that Tech is talking about, which tells you all you need to know about the direction they’re heading next.  If you’re really curious, SB*Nation published an excellent analysis on November 25th.
3. Metallica Plot Acoustic Live Album for Charity (Rolling Stone)
Earlier this month, Metallica played a rare acoustic benefit concert in San Francisco to raise money for their nonprofit All Within My Hands Foundation. They played a few hits that translated well to acoustic instruments (“Unforgiven,” “Nothing Else Matters”), reworked some classics to fit the format (“Disposable Heroes”) and attempted some unusual covers (Blue Öyster Cult’s “Veteran of the Psychic Wars” and Nazareth’s “Please Don’t Judas Me”). In an effort to raise more money for the charity, which recently donated $100,000 to relief efforts for fighting the California wildfires, they’re releasing the concert as an album.

4. Question of the Week: What is college football's best rivalry? (USA Today)
I get this question frequently around this time of year, and my answer will never change. It will always be Army-Navy.
There’s a whole lot of justified cynicism associated with college football nowadays, but this rivalry remains what spirited competition is supposed to be about. These guys will pound on each other and fight like heck for 60 minutes. And when it’s over, they’ll sing each others alma maters, shake hands and know that they’re all on the same side when it comes to defending the country. 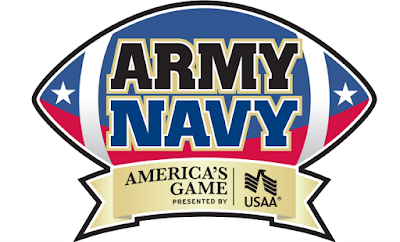 They asked 5 major college sportswriters, none of whom have any affilitation to either academy, and two (40%) said Army-Navy.  No other rivalry got more than one vote.
5. Army Lax Schedule
They actually put this out last week.  I’ve no idea how the team looks this season, but the Boston U. and Loyola games are always good ones.

That’s all I’ve got.  Enjoy the weekend!