5 Things on a Friday: Skiing the Super Bowl

Happy Friday, friends.  Let’s get to it.


1. For 1st time in 4 years, US life expectancy rises — a little (AP News)
Life expectancy in the United States is up for the first time in four years.
The increase is small — just a month — but marks at least a temporary halt to a downward trend. The rise is due to lower death rates for cancer and drug overdoses…
For males, it’s about 76 years and 2 months; for females 81 years and 1 month.
So okay.  We say middle age begins in your forties.  It actually starts at 38.
If you’re wondering, cancer deaths are down a little while deaths from overdose dropped a lot -- 4% overall.  That’s amazing.
2. For Some Resorts, Multi-Mountain Passes Mean Crowded Slopes and Longer Lift Lines (NY Times)
Skiers who once may have taken a single trip to Colorado or Utah, plus a weekend or two at a mountain within driving distance, all via single-day lift passes, now find value in multi-resort passes that can be fairly comprehensive for as little as $700.
As single lift ticket prices at many resorts now approach $200, passes continue to grow more popular. Vail announced in December it had sold more than 1.2 million passes for this winter, an increase of 22 percent. Alterra doesn’t make its numbers public, but the company said it sold more than 250,000 passes for last winter, and sales for this season, Mr. Gregory says, “were up markedly.”
Most folks still have to plan to ski, but if you live close to the mountain, and you have a pass, you can wait for snow and then chase powder.  Hence the crowding.  Everyone goes on the best days, as Brian and I saw during Saturday’s snowstorm up at Breck.
Alas, if you’re gonna do a couple of days at one of the big resorts out West, you really ought to do a pass.  My two-day lift ticket to Breck was over $300.  If I’d made my plans just a week earlier, I could’ve gotten an EPIC Pass for less than twice that and skied Mount Snow and Okemo all season for free.
Lesson learned.
The good thing is that there are still a lot of really great one-day deals available through the Connecticut Ski Council.  Those deals aren’t restricted by major corporate conglomeration, which has allowed me to ski Stratton, Mount Snow, Magic, and Killington this season with Pico planned for Sunday and some probable day-trips to Ski Butternut and/or Berkshire East later this year.  If we’d gone in on passes, we’d be locked in to either Snow, Okemo, and Stowe with EPIC or Killington, Stratton, Pico, and Sugarbush with IKON.  We’d basically be all but locked out of the family-owned mountains like Magic, Butternut, Bromley, etc.  That would suck.
Still not sure what I’m going to do next year, but if I go back out West, it’s probably going to involve some kind of pass.
3. 'Super Bowl Fever': Millions of employees expect to ditch work Monday, survey finds (USA Today)
"Super Bowl fever" is expected to result in 17.5 million employees missing work on Monday, according to a survey by the Workforce Institute at Kronos Inc. It's the largest amount ever since the institute began tracking in 2005.
An estimated 11.1 million workers plan to use pre-approved time to stay home on Super Bowl Monday, while 4.7 million plan to call out sick even though they're not ill, the survey found.


This is why we’re skiing Pico on Sunday.  I don’t know that Pico ever gets particularly crowded considering that it’s owned by Killington, which is in turn owned by the company that owns IKON, and also right around the corner from Killington, which is 10x larger, but anyway, it’s got a reputation as one of the best ski mountains for locals in all of Vermont.  The mountain itself is over 3900 feet with fully 2000 feet of vertical drop, and no one’s going to be there because it’s Super Bowl Sunday.
Also: it’s supposed to snow Saturday night.
If I was betting the Super Bowl, I’d take the 49ers on the moneyline because they have the better running game and the better defense.  Traditionally, the defensively-minded NFC team beats the craps out of the pass-happy outfit from the AFC.  But I think this is gonna be a close game.  I’m perfectly willing to listen to the first part on the radio during the drive back from Pico, but if you’re wondering, we’ll be home by 7:00 pm at the very latest.
4. Helping Hands… Live and Acoustic at the Masonic (Spotify)
Discovered this album yesterday.  Had no idea Metallica released a live acoustic set.  Haven’t listened to the whole thing yet, but I will recommend their cover of Turn the Page.  The acoustic version of Enter Sandman is cool, too, but it is beyond strange. 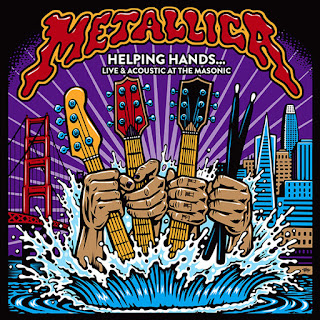 If that’s not weird enough for you, let me also mention Great White’s “Get the Led Out - Live!” and yes, it is actually a live album of Led Zeppelin covers.  Before you ask, yes, they do close the show with their own -- incredibly faithful -- rendition of Stairway to Heaven.
5. Last Shots from Breck
If you missed the write-up for my trip out to Breckenridge, be sure to check that out.  There’s never enough space to run all the pics from these trips, so here’s a few more than I really liked. 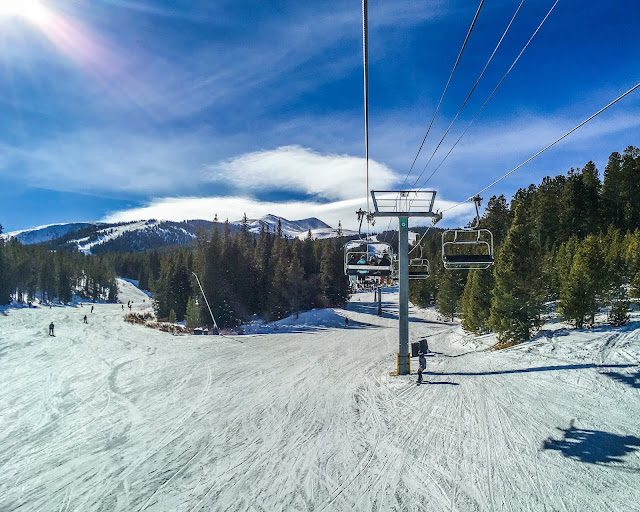 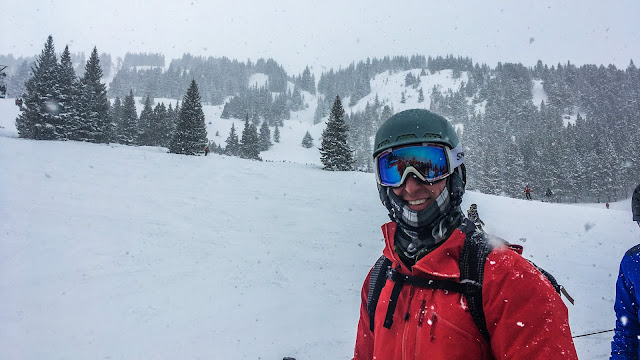 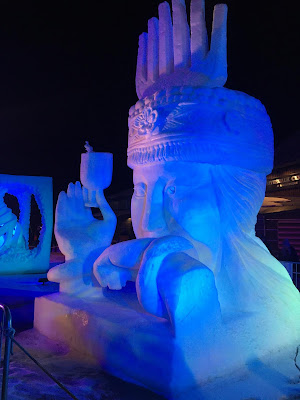