I liked this week’s show.  I don’t know that I have quite as much to say about it as I’ve had the last few weeks, but that doesn’t mean that I liked it any less.  I’m just not sure how much there is to add to the conversation. 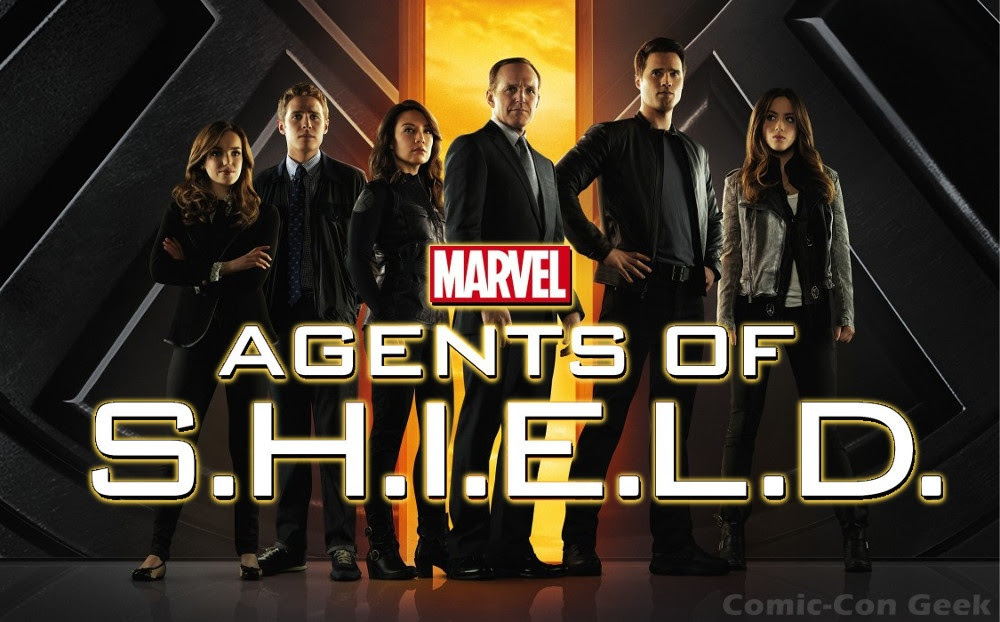 My biggest positive is what they’ve done with Ward and with Agent 33.  I’ve been saying for weeks that I wanted Ward back.  Well, now he’s back, and they’ve used him to introduce a whole new villainous agenda, though how it will play out remains a mystery.  This is good.  So is the way they dealt with Agent 33’s trauma, that she not only had her mind wiped, but she also had her very face stolen by Hydra.  Yeah, that did some bad things to her psyche.  Ward clearly has plans for her—along with his old mentor Garrett’s template for developing/brainwashing loyal subordinates—and frankly, it probably won’t end well.  It makes sense, though, and provides some deep-seated emotional resonance for fans who’ve seen his story from its beginning.
I marked out when Ward admitted that he’d gotten over Skye, that her shooting him and leaving him for dead in a forgotten Inhuman city was enough to kill whatever affection he might once have felt for her.  I mean, thank God!  Not only is this totally against what we typically expect from network TV, it’s also clearly in line with reality.  Ward is not a less compelling villain because he’s not mindlessly lusting after the show’s viewpoint character.  Instead, he’s now in firmly control of his own motivations—for the first time ever!  This makes him more dangerous.  The same can be said for Agent 33, who got to the point that she owned her pain by the end of the episode.  That worked, especially because catharsis came via torture-as-payback.  This kind of character growth sets up a pair of strong, resilient, long-lasting villains.  Fact is, Ward is not going away.  I don’t think Agent 33 is going away, either.  I think instead that both will be around to plague Team Coulson long after the demise of Team SHIELD BSG.
While we’re talking about Agent 33, I’d be remiss if I didn’t point out that my favorite Chloe Bennet moment of the entire series occurred when she played Agent 33 during the would be seduction sequence.  Scared and vulnerable is right in Ms. Bennet’s wheelhouse.  In this sense, she is an ideal Joss Whedon TV protagonist.  Whedon himself has said about the series Buffy that Sarah Michelle Gellar “suffers beautifully”.  This is true.  Bennet does as well, which is why she’s our viewpoint character.  However, Gellar also got to a point where she played tough very well, and we haven’t seen as much of that from Bennet as yet.  I’m not going to say that she can’t do it, but if it was me, I’d be in the gym with Ming Na trying to put about five pounds of lean muscle mass onto my shoulders and triceps before I had to make my superhero turn.
Weightlifting Tip: Having muscular triceps is what makes your arms look muscular.
Last thing on Skye: my least favorite part of the episode occurred when Coulson and Skye were in the cabin/safehouse, and Coulson handed her the anti-earthquake gloves.  They played the scene like the ghost of Scott Summers was standing over them screaming, “Mutant Power!” but it doesn’t make any sense in context.  Coulson’s acting like it’s some sacrifice for Skye to inhibit her powers, but…  She’s already got micro fractures all over her body!  Of course, she’s going to wear the gloves.  If she doesn’t, she’s liable to wind up crippled.  Ugh.  Besides, can’t she just take them off later, once she gets a handle on herself?  The whole thing makes no sense, which is aggravating because the rest of the show goes to pains to avoid this kind of nonsensical conundrum.  That’s one of the reasons why I like this show.
I liked everything with Talbot.  It was aggravating that Agent 33’s body mass kept changing over the course of that series of scenes, but the concept itself was terrific, as was the payoff with Talbot’s wife.  The “Taco Tuesday” line made my day.
Finally, Edward James Olmos is great.  He carries so much dignity and gravitas that he makes an absolutely believable senior military officer.  In real life, I don’t think many senior military officers are nearly that cool and rational.  Just once, I’d kind of like to see Olmos rip somebody’s lips off just for the sake of verisimilitude, but as a matter of reality, he doesn’t need to.  He already carries so much authority by virtue of his presence on screen that we don’t need to see him exert his power to know that he has it.  In fact, it’s almost laughable to think that Nick Fury would’ve picked Coulson to head SHIELD over Olmos’s character, but when they finally play Olmos off as a diehard fanatic, I expect it will be terrifying.  Rational but twisted is the scariest combination.
Next Week: the first battle in the SHIELD Civil War!
By Danno E. Cabeza - March 26, 2015