I had this revelation on Thursday afternoon, by which time the entirety of this column had already been written, unfortunately.  I’m not sure that I now have time to completely change the editorial tone of this thing in the hour it’s going to take my train to get into the City, but I am certainly going to try.
As always, my father’s advice is relevant this morning.  He was no genius, but he had a folksy kind of wisdom and the outgoing personality of a natural-born leader.  I miss him quite a lot these days, but I am also keenly aware of how disappointed he would be in this great country he spent his life defending.  He would have said two things about the current situation, neither of which would have been original.  First, “What you see depends on where you sit.”  Second, “Never wrestle with a pig.  You get dirty, and the pig likes it.”  Instead, he would have advised to “Kill ‘em with kindness,” which, if you’ve never seen it before, is more or less what Bernie Sanders has been doing.

1. Consultant Pleads for Conservatives to Stop Being So Awful on Immigration at CPAC (Slate)

The country will be a majority-minority country by midcentury... based on growth trends among Hispanic and Asian-American populations. [Speaker Mike Madrid] sought to dispel certain notions about why this is. It is not because of illegal immigration. “This rapid growth is going to be fueled in large part by natural birth,” he said. “It is not from immigrants, documented or undocumented, legal or illegal.” The immigration data among Hispanics now, as he said, is a “net out-migration, especially for Mexican undocumented immigrants back to Mexico. This self-deportation concept that Mitt Romney talked about? It’s happening.”
He also shot down the other popularly held idea that immigrants travel en masse to the United States to get those sweet, sweet government poverty benefits. One attendee asked whether Hispanics vote so heavily Democratic because they’re mostly poor and dependent on the government. “People do not come to this country to get on welfare,” Madrid said. “You don’t put your person and your family through that experience to come get on welfare.” He also urged the party to abandon its propensity to paper over ethnic differences as not meaningful—as, say, Gov. Bobby Jindal would when he expressed exasperation about speaking of people as“hyphenated” Americans. “Long gone are the days where you could say, ‘I wish we could all just be Americans,’ ” he said. “Well, I wish we could all just be Americans too. The truth is, we all are Americans, but our approach and our experiences in life are far different than any generation of Americans have ever experienced in the last 200 years.”
Needless to say, my man did not find a receptive audience.
2. Ghostbusters (YouTube)

People also got very excited about this yesterday.  I’m not sure what to say about it other than that if they’re going to make more Ghostbusters, I’d like for them to do it in a way that is different from what’s already been done.  Gender-swapping the lead roles onto the same script is not sufficiently different in my opinion, but it’s possible that changing the leading characters’ genders will take the story in new directions.  That certainly seems to be this movie’s selling point, anyway.
I don't claim to be a feminist, but the movie I want to see is Tina Fey’s Whiskey Tango Foxtrot.
3. New ‘Dungeons & Dragons’ Movie Will Be Like ‘Guardians of the Galaxy’ in a Tolkien-Like Universe (Collider) 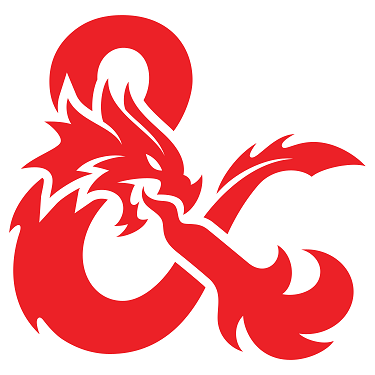 Part of the appeal of a game like Dungeons & Dragons is that essentially you are the storyteller. You may roll 20-sided dice and have to compute some math, but ultimately you’re making choices for a character in a shared narrative with friends. If someone takes that away to tell another story, is that really Dungeons & Dragons or is it just a standard fantasy movie? How much of the property can live in a movie?
At the very least producer Roy Lee has some interesting ideas with how to bring the game to the big screen…
“This new Dungeons & Dragons will be a Guardians of the Galaxy-tone movie in a Tolkien-like universe. Because when you think of all the Hobbit movies and The Lord of the Rings, they have an earnestness to them, and to see something fun, a Raiders romp inside that world, I feel is something the audience has not seen before.”
I guess that’s a no, then?  No role-playing, just a straight-up fantasy movie with the Dungeons & Dragons brand?
*sigh*
I suppose it could work, but it sure as shit hasn’t worked very often.
My issue with this is two-fold.  First, D&D is not a story, it’s a medium for collaborative storytelling.  Stories exist within the medium, sure, and some of them are terrific.  You could even make a movie--or perhaps a movie franchise--out of something like Against the Giants, my personal favorite.  Against the Giants was itself a trilogy that led into the Underdark, and if I’m making a D&D movie, I might be tempted to try to set up future films--like Descent into the Depths of the Earth, Shrine of the Kuo-Toa, and Vault of the Drow--in exactly the way that Against the Giants set up future adventures.  Today, we call these kinds of linked adventurescampaigns or adventure paths.  Adapting this idea to movies seems straightforward.  However, it’s not at all clear that this is what they’re doing.
My second issue is that the interplay between Players and their Characters is an important part of D&D storytelling.  That might seem unimportant, but this is a movie that’s being made by the makers of The Lego Movie, which worked largely because it embraced exactly what makes legos so awesome.  Just as The Lego Movie embraced the idea that legos are toys, so too could a D&D movie embrace the idea that D&D is a game.  By showing players around a table with their own story-arc, within which exists the Tolkienesque fantasy story arc of the characters.
Don’t think that could work?  Try watching an episode or two of Critical Role.
4. Americans, Brace Yourselves for the Bunga Bunga (Foreign Policy)
Now that Super Tuesday has brought the Republican nomination, and possibly the White House, within the grasp of Donald Trump, my home country of Italy may have a few lessons to offer America in dealing with his particular brand of leadership. No, not from our time under Mussolini — though Il Duce’s unexpected relevance in an American presidential campaign in 2016 is indeed unsettling. I’m thinking rather of what Italian politics suffered during the 1990s and 2000s, when we elected a billionaire with an abrasive style and a populist flair to govern us. The name of our Trump was Silvio Berlusconi and — spoiler alert — he did not make Italy great again.
I know, I know…  You either hate Trump, too, or you’re sick of my pantywaisted complaining about the only man in modern politics who's brave enough to speak his mind.
Sorry about that.  It’s a slow news week, and this article’s headline is exceedingly clever.
Let’s move on.
5.  Army Sports Update

From the article:
For the first time in Army West Point Athletics' history, the Holleder Center, home to Christl Arena and Tate Rink, will host men's and women's basketball and hockey postseason games in the same year.
Men’s & Women’s Basketball are both headed to the Patriot League Championship Tournament.  The Women are tied for 1st at 17-1 with Bucknell; as of this writing, I’m not sure who’s actually going to get the #1 seed (Army got it).  The Men are seeded 4th and heading into a game with #5 Colgate as of this writing (they won).

Boom! @ArmyWP_MBB beats Colgate in #PatriotLeague Qtrfnl play for it's 19th W (most for an #Army team in 38 yrs!) Congrats to @Coach_Spiker!
— Kevin Connors (@kevconnorsespn) March 4, 2016

Men’s Hockey is seeded 6th in the Atlantic Hockey league and hosts #11 American International this weekend.

Yes, she is a badass.  Army Sports’ newest legend.  What an amazing career.

If this was a home game, I would be really annoyed.  As it is, though, pass the popcorn.
If you wanna watch, come on over.  I’ll make sure we have plenty of cold beer.  I might even grill.
***
That’s all I’ve got.  I tried to keep it civil, but I'm sure someone out there is fuming.  What can you do?