Our Story So Far:
Sneax and Elaina went to collect on a debt for Draks, but found more than they bargained for.  Luckily for them, they met Nathaniel, a half-fire elf mercenary, and his companion Maleeka, a giantess of unknown origin.  But it turns out that Nathaniel works for Draks as well, and that he's here to take Sneax to the hinterlands of the Kingdom's northern frontier.  Thus, Sneax finds herself alone on a ship with her friend Elaina far behind... 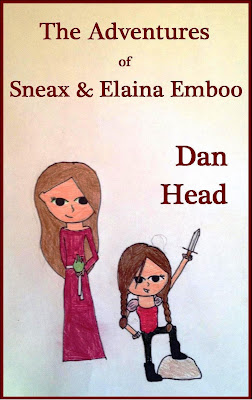 5 Things on a Friday: It’s Still the Economy, Stupid

It’s Memorial Day weekend, traditionally my favorite weekend of the year.  The weather looks to be terrific, and I have every intention of grilling out.  If you’ve got plans, I’ve love to know what they are.
Enjoy it, folks, and be thankful for what you have.
Read more »
By Danno E. Cabeza - May 27, 2016 No comments:

My wife and a few of my friends headed up to the Veracious Brewing Company over the weekend to celebrate my and my buddy Colin’s birthdays.  We’re both beer geeks, but I dare say that Colin has a few levels on me in this specific genre of geekdom.  Nevertheless, we all had Hell of a good time.
Veracious is a great little place.  Located in Monroe, Connecticut, it’s the kind of small, truly artisanal craft brewery that you think you’re going to find every time you head out for a craft brew tour.  But where a lot of craft breweries have only a few kinds of beers and maybe one or two signature mainstays, Veracious carries more than a dozen.  They do everything, often with multiple variations on a theme.  In an increasingly crowded marketplace, this is a unique and enjoyable approach.
As I told my buddy Colin, Veracious doesn’t just make beer.  At a certain level, they make art.

Our Story So Far:
Sneax and Elaina are off to collect a debt for Draks, and already there's trouble.  Now they meet Nathaniel, a half-fire elf mercenary, and his companion Maleeka, a giantess of unknown origin.  Looks like we may have even more trouble.

We spent the last two weeks previewing the opening two-thirds of Army Football’s 2016 season.  After looking briefly at the various opponents, we predicted that Army would open somewhere between 4-4  or 5-3 over the season's first eight games.  That's not bad considering where we've been these last few years, but because of a scheduling quirk, only the 5-3 start truly sets Army up for a run at a bowl game. 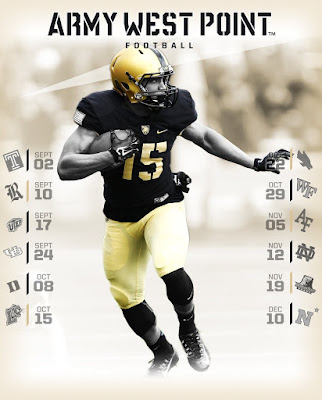 It's time to finish strong.

5 Things on a Friday: the Election is Everywhere

I’m still trying to keep it apolitical this week, but that’s turned out to be harder than I expected.  Election coverage is everywhere, and most of it’s so breathlessly scandalous that it simply screams for attention.
Which is pointless, of course.
Everyone in America has already made up his or her mind.  Moreover, the vast majority of the so-called news these days is little more than clickbait for the already enraged.  I’m personally experiencing some heavy election fatigue, and it’s not even summer.  But I hate it, it’s making me crazy, and it’s absolutely self-reinforcing.  No one is open to new ideas, and at this point, that’s fine.  I no longer care.
I just want to let it all go.
Letting go is impossible, unfortunately.  The most interesting story of the week by far came out of the Trump camp, and though I’ve tried to cover it in a just-the-facts sort of way, this blog would have no point without my personal opinions.  Besides, it was fascinating.  Beyond that, I could very easily tie every story in this thing into the election in one way or another, most in ways that are overtly obvious.  Every piece here is directly impacted by our national choice-at-hand.

I did the Woodruff Family YMCA Y-Tri last weekend, and it was my first race in several years.  I still haven’t decided if it’s the start of a comeback or a one-off, but at a minimum, I suppose I’m now honor-bound to do the Woodruff Y’s other seasonal race, August’s Charles Island Sprint Triathlon.  If I can come up with one more race, I suppose that would make this the start of an official comeback.

The Y-Tri is a short sprint, and although I feel like I have to defend myself for saying this, it’s exactly my favorite kind of race.  I typically train for Olympic distance triathlons because those training distances really suit me—two to three thousand yard swims, twenty-five- to fifty-mile bike rides, and six- to nine-mile runs.  As a racer however, I function best as a kind of later-day mid-distance specialist.  I’ll be forty-three next week, and yeah, that makes it easier to longer, slower.  However, I once specialized in the 200 butterfly, and with that background, my best thing remains hard uptempo work at the end of short-but-grueling races to a strong finish.
This describes the Y-Tri perfectly—300 yards swimming, 11-miles cycling, and 2.4-miles running.
Read more »
By Danno E. Cabeza - May 18, 2016 No comments:

Our Story So Far:
Sneax and Elaina are off to collect on a debt for Draks, and already there's trouble.  Now we meet Nathaniel, a half-fire elf mercenary, and his companion Maleeka, a giantess of unknown origin...

This week we again continue our pre-summer look at Army Football’s 2016 season.  In this post, we’ll preview the second part of the schedule and continue setting expectations.
As we noted before, one would ordinarily divide a twelve-game season into quarters or thirds, separating the season into manageable three- or four-game chunks.  Given the way that Army’s season opens, however, I decided to take the first five games as a block.  This leaves us with just three games for Act 2, which is bad storytelling structure but much more logical in terms of breaking down expectations for this particular schedule.
Having established that Army is likely to come out of the first part of the season 2-3, this week we look for the team to turn the corner and get to the plus-side of the win column.
Read more »
By Danno E. Cabeza - May 16, 2016 No comments:

5 Things on a Friday: No More Politics

I finally realized over the weekend that if I keep doing politics every week, I’m not only going to drive away my readers, I’m actually going to drive myself crazy.  So no politics this week, and from here on out, I’m going to try to keep it to a dull roar.  Yes, that is a potentially significant challenge.  However, all that crap is not only pointless, it’s also tearing this country apart.
I’m done with it.
Read more »
By Danno E. Cabeza - May 13, 2016 No comments: 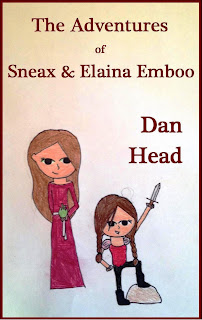 This week we open the second act of The Adventures of Sneax & Elaina Emboo and with it we transition into a completely new phase of the story.  This piece, "The Priest of Loki," takes place between six to eight months after the close of "Fire Elf," which is why it appears after "The Caravan" in this collection--to give a sense of the passage of time between the story elements.

I wrote "Fire Elf" when my girls were eight and ten.  It's definitely a kids' story for a kiddo audience.  However, almost a year had passed before I sat down to work on "Priest of Loki," and by that time my girls had grown quite a lot.  They'd seen the movie The Avengers and begun developing wholly different interests in terms of entertainment.  I even taught them to play Dungeons and Dragons, using the playtest version of the new 5th Edition ruleset.  For this reason, the next phase of this story reads quite differently from that first part.  It's aimed at the same audience, but the audience itself was changing even as I started writing the story.

I tried to change with them.  You'll have to judge for yourself how successful I was.

This week we continue our pre-summer look at Army Football’s 2016 season.  In this post, we’ll preview the first part of the schedule and begin setting expectations.
One would ordinarily divide a twelve-game season into quarters or thirds, separating the season into manageable three- or four-game chunks.  Given the way Army’s season opens, however, I’ve decided to take the first five games as a block.  The theme in the early going is playing well on the road, which is what Army is going to have to do if the coming season is to represent the step-change in performance that we all hope and expect to see.

5 Things on a Friday: The PLA Steps Its Game Up

Happy Friday, folks. Let's get it on!

Everybody Wants to Lose Weight


Sally works in fitness, and I've helped more than a few people finish their first triathlons.  What I've learned is this: if you want to change your life, you have to change your life.  Nothing changes if you don't change your eating habits, get better sleep, and find time to take care of your physical conditioning.

This is not easy, but it is necessary.

Email ThisBlogThis!Share to TwitterShare to FacebookShare to Pinterest
Labels: fitness

Our quote of the day is from Han Solo #StarWarsDay pic.twitter.com/KjtOceSIQR
— The Economist (@TheEconomist) May 4, 2016

We finished the first part of my book last week with the final chapter of "Sneax & Elaina and the Fire Elf".  This week we move on to Part 2, "The Caravan".

I've run this part of the story before, but I keep going back to it and making little changes to it, so I honestly have no idea whether or not I've ever published the "final" version here.  Regardless, this is one of my oldest fantasy stories.  I wrote the first draft while I was still on terminal leave from the Army way back in 2000 and decided to include it in this particular collection back when the book itself was designed to be an anthology of disconnected stories.

That anthology--Tales from Danno's Lair, or whatever I wind up calling it--is still sitting in outline in my notebook.  I still want to do it.  But this book became something different about midway through.  I finished Part 3 of the book, "The Priest of Loki," realized that I'd written two parts of a three-act play, and redesigned the book as a whole to accommodate a new, more coherent single-story structure.

"The Caravan" is the only piece of the original design that remains, and I had to leave it in because I wound up making further use of our heroes, Tand'lion and especially Vedra, later in the story.

This week we add Michie Stadium to the blog's NYC and the Area series of local tourist attractions.  I resolved to write this guide last year after my friend and work colleague George attended an Army Football game and came back bitching ferociously about all the traffic.  He swore he'd never go back, which is not, I don't think, the experience that the Academy and its graduates want visitors to have.
Yes, it’s true that game day traffic is a significant challenge.  However, you can mitigate that challenge by getting to the Academy early.
Read more »
By Danno E. Cabeza - May 02, 2016 No comments: