Agents of SHIELD has been better for the past two episodes, but I still think it's not quite what the fans are looking for. To be a weird mystery, it's not weird enough. To be a superhero show, it's not super enough. As a thriller, the suspense is distinctly uneven.  Personally, I don't particularly care what it turns out to be, but the fact that they take super-powers--and lots of other weird stuff--for granted in the show makes it hard to keep the sense of wonder that fuels a show like that alive.  And without that sense of wonder, the show has become a kind of struggling character piece.  Granted, the characters have been a little better of late, but even so...

Five episodes in, and I still can't wait for them to kill off a couple of the weaker cast members.


After last episode, I suppose I can make do--grudgingly--with the reality that Skye is the show's viewpoint character. I liked her bit this week, with her ex- and then her loss of faith in the Rising Tide.  And her handler Grant isn't going away any time soon because if he did, the show would become an ensemble of women.  Interesting concept, that, but even tougher on the believability scale. Which means that logically, Ming Na's character ought to go, but I don't want that because she's the best member of the cast. So at this point, I'm rooting for Fitz and Simmons to go down ASAP, so they can be replaced by Bobbi Morse (Mockingbird), who would then be brought in as a psychologist with combat training.  Or something like that.

Bottom line, the group needs a scientist who's a skeptic that can fight.

Or they could just jettison the whole concept at the end of the season and come back next year with Heroes for Hire, a wholly new show focused on the team of Luke Cage, Danny Rand, and Misty Knight and their wacky adventures in Harlem as private investigators.

By the way, they could still use Skye as the viewpoint character on that show, but this time she'd have the role that Felicity Smoak has over on Arrow.  Which is, I hate to say, her logical spot on the team.

***
On the Arrow front, I continue to like the way that the show works in little bits from the DC Universe. I also thought that they did a nice job with Black Canary's sonic scream, and I liked the little parcours chase scene they had with Roy Harper and Sin.


Of course, I also think they missed a chance to dangle Laurel over a vat of boiling latex (and then drop her in!), but I suppose you can't have everything.

***
Thor: The Dark World is getting good initial reviews. The movie had its UK premier earlier in the week, and as I write this, it's sitting at 86% fresh over at Rotten Tomatoes. That is a whole Hell of a lot higher than is been expecting. 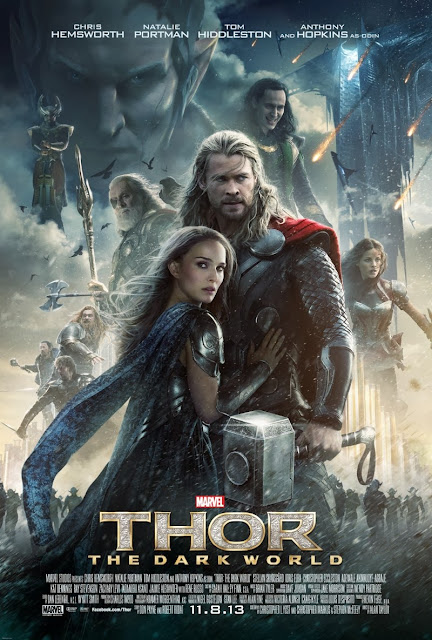