5 Things on a Friday: Joanne

Let’s start with the obvious.  I’m not writing about Army Football this week.  Army sucked last Saturday against North Texas, losing a game in which they gained nearly a hundred more yards and dominated time-of-possession by almost fifteen minutes.
How do you lose like that?
You by letting your quarterback go 7-21 passing with no TDs and 4 interceptions, and add 3 more fumbles-lost.
I have therefore had it with Army this week.  Until they play a little better, I am on strike.
So.
The Summer Reading List project started last spring.  We’ve had three installments to date through which I:
-- introduced my Summer Reading List,
-- introduced a West Point-themed Reading List for grads, cadets, and candidates,
-- and gave feedback on my initial selections.
In anticipation of Dr. Strange’s release next, it’s time to turn the page.  The following works are my essential Summer Reading List guide to what’s happened up to now in the Marvel Cinematic Universe (MCU).  Your mileage may vary, so if you additions, please feel free to leave them in the comments.
Thanks!
Read more »
By Danno E. Cabeza - October 26, 2016 No comments:

To My Wife, Who Woke Up Tired

Sally woke up in a bad mood on Friday.  It was my fault; there was no denying it.  She asked me to write her a haiku, so she'd feel better, but the idea came out a little longer than that.

It's speed poetry.  Read on at your own risk.

Email ThisBlogThis!Share to TwitterShare to FacebookShare to Pinterest
Labels: poetry

I thought Army was going to go into Michie Stadium yesterday and win a close game in tough conditions.  That's the second time I've thought that, only to watch them lay an egg.  The team ran pretty well early, but QB Ahmad Bradshaw was off target with his passes for the first three quarters of the game, giving up a pick-6 on a very high pass that his receiver tipped to a North Texas DB.  The defense played well enough to keep the team in the game for a half, but we still headed into the break down by four.

I discovered last week that 5 Things is a lot less work than the NFL picks pool I was running previously and has at least twice as many readers.  I still feel like the series may ran its course during the primary season, but who knows?  Maybe with election itself coming to a close, we’re almost ready to move on.
Anyway, there’s plenty to talk about this week.

Army fans saw one of the best games in the history of Army Football this past Saturday, and that’s really saying something.  But honestly, what more could you ask?  We had a glorious mid-60° day without a cloud in the sky, Homecoming in front of a sold-out crowd at the height of the fall leaf season, and Army putting fully nine touchdowns on the board while allowing only one.  This was a great game in what has become a very exciting season, and fans everywhere are feeling it.

It was touchdowns galore on Saturday! Here are all nine of them! #BeatNorthTexas #GoArmy @ArmyFBVideo pic.twitter.com/4nFAq5Hz2c
— Army WP Football (@ArmyWP_Football) October 18, 2016

This week, the Black Knights host their second home game in a row, taking on the Mean Green of North Texas.  With the way this season has shaken out, this weekend’s game has become arguably the most important game remaining on the schedule aside from the Navy and the Air Force games.  If Army wins on Saturday, then the Black Knights have an excellent shot at making a bowl appearance.  If they don’t win, the path to the postseason becomes much, much more difficult.
Read more »
By Danno E. Cabeza - October 19, 2016 No comments:

Before we talk football, I should note that both the Army Men’s and Women’s Swim Teams opened their seasons 1-0 last week with wins against UMass.  Army has an outstanding plebe breaststroker named Ty Dang who put up a mind-boggling 1:58.7 in his first dual meet, just a second off of John VanSant’s iconic NCAA-winning Academy record of 1:57.65 from way back in 1984.
Swimming has gotten amazingly fast over the past twenty years, to the point where I hardly know what to think of it anymore.  Nevertheless, Army has two very good swim teams, and that makes the future an exciting time.

Some of you may know that my daughter Hannah ran for President of her junior high school, following up a year in which she served as VP. It turns out that she lost--by ONE VOTE.  This was particularly painful because one of her best friends was out on Election Day, meaning that if that friend had been allowed to vote, the final tally would have resulted in a tie. She wanted to bring this up to be teachers, essentially to contest the result.
"No," I told her, "you have to respect the integrity of the process. Don't take that away from your classmates. It stinks, but now you have to support the winner, bring your class back together, and serve as a Representative-at-Large to the best of your ability. That's what makes Democracy work, the orderly transition of power."
#RealLifeCivics
By Danno E. Cabeza - October 14, 2016 1 comment:

Email ThisBlogThis!Share to TwitterShare to FacebookShare to Pinterest
Labels: Hannah

Friday Mad Science: On Star Wars & the Nature of Rebellion

The last trailer for Rogue One: A Star Wars Story dropped yesterday, and it looks impressive.  Most impressive...

The Black Knights return home this week following a tough three-game road trip.  I said before the season that I would be delighted if the team somehow finished the first part of this season 3-2, but after Army knocked off Temple in Week 1, expectations changed.  Now we’re back, and the team is indeed 3-2, but it feels like the season has opened with some disappointment.  I don’t know that this is necessarily fair.  Yes, Army dropped a pair of winnable games, but they have also shown obvious improvement.  We still have a young team, but they are definitely moving in the right direction. 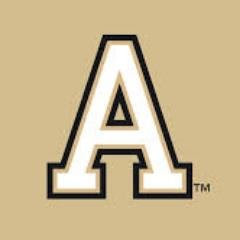 This week, the Black Knights are back at Michie Stadium for the Homecoming game, and it’s become a game in which they badly need to reestablish their dominance and their identity.
Read more »
By Danno E. Cabeza - October 12, 2016 No comments:

Some stuff that caught my eye today. 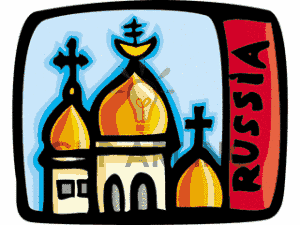 Hillary Clinton's presidential campaign chairman, John Podesta, said Tuesday that the FBI is investigating a "criminal hack" of his private email account, which he blamed on Russia and suggested that the campaign of Republican Donald Trump could have known what was coming.

"I've been involved in politics for nearly five decades, and this definitely is the first campaign that I've been involved with in which I've had to tangle with Russian intelligence agencies, who seem to be doing everything they can on behalf of our opponent," Podesta told reporters aboard the Democratic nominee's plane as it returned here from campaign stops in Florida.

What astonishes me about this is not that it happened but that people are going to blow it off like it's no big deal, and that those same people will later claim to "support the troops".  What exactly does that mean these days?

That was such a disheartening game.  As the recap said, Army outplayed Duke after falling behind 13-0, but in tough conditions, this wasn't nearly enough.  The offense couldn't sustain drives because they either let Duke's defense get penetration up the middle, or they put the ball on the turf.  I really thought they were going to come out and play sharp football in tough conditions, that Army's superior esprit de corps would should show on a day when no one really wanted to be playing football.  Instead, they lost this game in exactly the same way they lost all those games last season--on turnovers, especially fumbles.

It's ironic because so many Trump supporters say that their support is primarily *against* Sec. Clinton. But Trump is not going to win. So a vote *against* Clinton should really go to either Jill Stein or Gary Johnson. If you've not noticed, the country could BADLY use a refresh on the two-party system, though this would require lots of ballots to 3rd parties. Granted, this 3rd Party thing will not create a quick fix.  It *is* a recipe for real change, though.

If the shoe fits, I guess you better wear it.

5 Things on a Friday: Special Edition

5 Things on a Friday is back this week because I got frustrated with the NFL, and in particular, with the New York Giants.  I just can’t dump two hours into thinking about professional football in a week where my own team is in the midst of tearing itself apart for reasons that are entirely self-inflicted.
I quit.  I’m just not going to do it.
I have to note, too, that I’ve spent most of this week working on the first rewrite of my memoir, tentatively titled Swim, Bike, Run, Live, Love, Repeat.  This is the story of the interaction of my family and my swimming career, with my daughter Hannah and my good buddy Chris serving as my primary test readers.  This particular rewrite has been particularly satisfying not only because Hannah has been hanging on every word, but also because she’s been a very helpful source of feedback as well.  Her insights into the book’s second chapter, detailing my family’s move to New Bern, North Carolina, helped me reframe that part of the narrative and, as Chris later said, make my parents into “real characters”.  Of course, my parents *were* real people, but that doesn’t mean that writing about them in a way that authentically captures their personalities has necessarily been an easy thing to do.
5 Things takes much less time than does Friday Follies, which is why I’m running it this week.  Fact is, I’m loathe to take a day off from rewriting when I feel like I’m doing good work.
So.
I know we’re all tired of politics, and I apologize for dipping my toes back into those waters.  Thankfully, the election is almost over.  Perhaps afterwards we can start trying to rebuild a cohesive society.

If you’d told me in August that Army Football was going to start the season 3-1, I would have been ecstatic.  I expect this is true for most Army fans.  Army’s win at Temple, however, and their dominant performance against UTEP served to raise expectations significantly.  Army still has young team, however, and they remain subject to all the highs and lows inherent in the kind of massive rebuilding project which, at the very least, seems finally to be underway at West Point.
If statistics count, then the truth is that Army played reasonably well against Buffalo, even in a loss.  The offense gained over 400 yards on the ground and 21 first downs.  The defense held firm for three quarters, and even once things started to change, the team still had a chance to kick a chip shot field goal to win at the end.  Yes, the penalties were bad, we had two turnovers, and special teams ultimately cost us.  No, that doesn’t doom the season.  It does, however, mean that this team is still searching for the kind of lock-down focus that marks championship caliber squads.
Army travels to Duke this week for its second major road test of the season, a game that many people believe will show fans once and for all what this team really has.  This week’s game is indeed a significant and important test, but each game is its own story.  That is especially true for a team that remains very much a work-in-progress.
Read more »
By Danno E. Cabeza - October 05, 2016 No comments: