We threw a big party for Sally's birthday on Friday, and last night we went to a wedding.  It's been a big weekend of drinking and dancing and feasting, but especially last night at the wedding, I found myself becoming a bit reflective.

5 Things on a Friday: I Already Miss Joe Girardi

Happy Friday, folks.  It’s gonna be a quick one today. 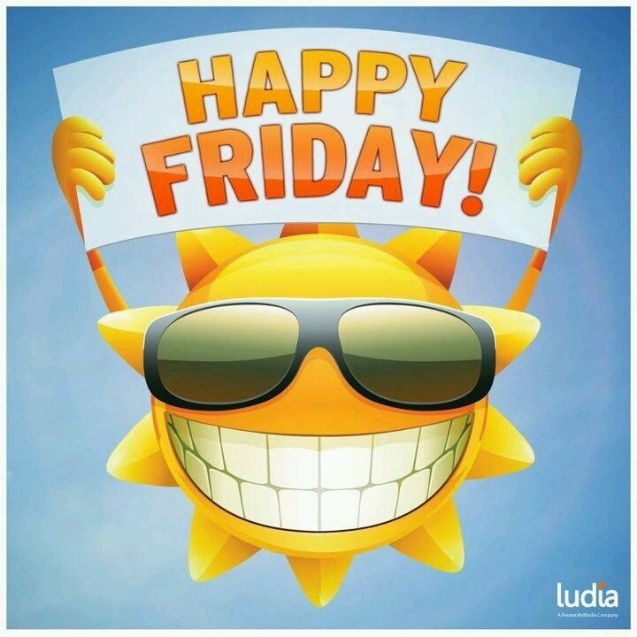 College Football Preview: What to Watch While Army’s on a Bye Week

Army’s on a bye this week, but college football is still on TV.  There are several games between prominent nationally-ranked teams and a few involving Black Knights’ seasonal opponents or potential Armed Forces Bowl opponents.
This list was culled from 506Sports.com.  Odds are per ESPN.
Read more »
By Danno E. Cabeza - October 26, 2017 No comments:

We’re off this week, but the blog has been picking up readers, and I don’t want to lose momentum.  So these are my thoughts.  Gonna try to do this “5 Things on a Friday” style, with the implied task being to somehow keep this monster under 2,000 words.

Wow.  Well, to say the very least, that did not play out the way that I thought it would.  I mean, I said before the game that I thought the key would be Army's getting pressure on Temple's quarterback, and in a certain sense that proved true, but...

Who could predict that?

5 Things on a Friday: Into Elimination Game #1

This has been a pretty good sports week.  Army won, the Yankees came back from the brink to take the lead in the ALCS, and even the woeful NY Giants have rediscovered their running game.

This is what the field looks like ONE win away from the series!!!! pic.twitter.com/ch0kxanEer
— Paul O'Neill (@PaulONeillYES) October 19, 2017


Can any of this last?

Wow.  What did I tell you?  Eastern Michigan might be 2-4, but they are less than a half-dozen plays from being 6-0, and one of those was a blocked punt against the SEC’s Kentucky.  In the words of EMU’s head coach, “We’ve played six games, and five of them have essentially come down to the last play.  We won one, but we’ve been on the short end of the stick on the other ones.  Our guys believe that we’re going to win, so these sting pretty good.”1
Army fans ought to remember how that feels from our own season back in 2015.
Don’t fool yourself.  EMU has a very good football team.  They may yet rebound and become bowl eligible, though that would take some amazing play down the stretch.  Personally, I hope they make it.

Army won an important game last Saturday, and now they have an opportunity to set the tone for the rest of their season.  Temple comes to town this week, and after that, the degree of difficulty ramps up considerably.  We need a win to secure bowl eligibility before heading into by far the hardest stretch of the season.
I’m fired up.  If you’re an Army fan, it’s be hard not to be.
Read more »
By Danno E. Cabeza - October 18, 2017 No comments:

I played myself.  I mean in Fantasy Football.

I took Giants rookie TE Evan Engram early, got frustrated when he did jack shit, and cut him, only to see him go off last night against Denver.  And I spent all of last week waffling over which Defense to play, Washington at home against San Francisco or Houston against Cleveland.  Ultimately, I came down on the side of Washington after Houston took so many key injuries.

That was a good game.  I said last week that this EMU team was better than their record indicated, and that proved correct.  Granted, Army missed a couple of opportunities to pull away, and the Eagles got a few extremely fortuitous breaks to keep the game close, but overall, if you went to Michie Stadium to watch a football game yesterday, you sure as shit got your money's worth.


I apologize in advance for the editing.  I have a lot to do today.

5 Things on a Friday: To Watch or Not to Watch?

The Yankees have moved on to the ALCS, I’ve fixed my running stride, and there’s a new Star Wars trailer out.  That’s not a bad week.

Finally got a chance to take last week's shin-angle/foot strike fix out for a test drive this week, and it was a very different experience from what I'm used to. 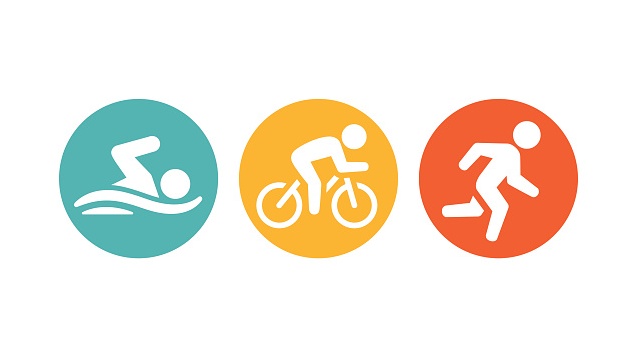 Army beat the living Hell out of a bad Rice team last week, and really, that’s about all we can ask.  Sure, Rice ran for some 200 yards, and I think that maybe DC Jay Bateman will want to take a look at the way his defense attacks the Jet Sweep before the Temple game, but that’s kind of a nitpick when you win by 5+ touchdowns.  The Black Knights set out to create turnovers, and they came away with 6, including a pick-six from S Max Regan.  That’s a good sign and a good way to win football games, too.

This week, Army hosts the Eastern Michigan Eagles, and I expect it to be one of the most closely contested games of the season.  Like Army, Eastern Michigan is coming off a successful rebuilding campaign, finishing 2016 with both a winning record and a bowl appearance for the first time in recent memory.  Now the Eagles are trying to build on that momentum behind Senior QB Brogan Roback and a top-ranked defense.  They come into Saturday’s game having dropped a few close contests to quality opponents and in need of a statement win to get themselves back on track.  Their game against Army is their last non-conference contest.
Read more »
By Danno E. Cabeza - October 11, 2017 No comments:

I didn't like last night's game as much as the score might indicate.  Rice has an inept offense, but the game itself would have been a much closer game had Rice been able to just hang on to the football with its running backs.  Clearly Rice needs a quarterback.  They're no better passing than Army is, and with that, they really don't have much in sustainable scoring offense.  But Army still let them put up 200 yards rushing and 5.4 yards/carry, and that's not a great sign despite all the strip-fumbles, sacks, and the pick-six for S Max Regan.

Man, this week just flew by!  Shortest week ever!!! 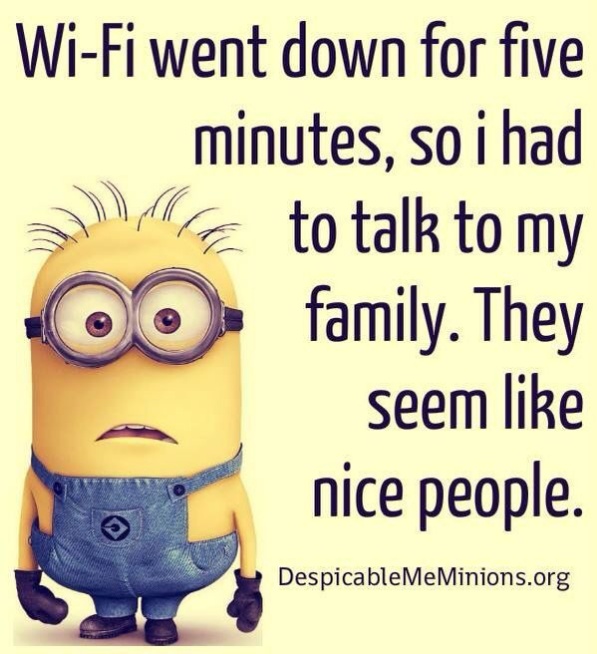 Most swimmers make decent runners, and many runners learn to swim reasonably well, but it’s hard to be truly great at both sports.  Instead, swimmers and runners both tend to pick up cycling or yoga as their second-best discipline when they take up triathlon as master’s athletes.  But the difficulty of transitioning from one ostensibly simple aerobic activity to another can be maddening for folks who’re used to being considered good at whatever it is that they try to do.

The Black Knights of the Hudson beat UT – El Paso on Saturday, and if it wasn’t quite the drubbing that a lot of Army fans were looking for, it was still a solid, two-touchdown victory that was not much in doubt by about the middle of the third quarter.  After five games, Army Football is 3-2.  That’s the same record the team boasted last year at this time, though with a somewhat more optimistic outlook going forward.
The good news is that Army already played its hardest game, at Ohio State.  The bad news is that the Black Knights still have to play Air Force on the road and Duke at home, and neither of those games will end in victory if they can’t play much better, more consistent defense.  For that matter, Eastern Michigan and North Texas are both markedly improved from a year ago as well.  From this point forward, there aren’t any gimme games.
Army’s offense has looked better than it did in 2016, but the team still hasn’t put together the kind of complete game that saw it win victories over Temple and Wake Forest.  They’ll need that level of effort soon, however, if it’s going to get back to a bowl game.

Coach Jeff Monken said before the game that his offense had worked on passing with about 30% of their practice reps this week.  It showed.  Army didn’t have its best stuff on defense yesterday, and it also gave up quite a few costly penalties, but Bradshaw went 3/5 passing for 80 yards and a touchdown, and as they have all season, the offense ran with authority.  That was enough to give the Black Knights a decisive win over a UTEP team that came into Michie Stadium determined to make a statement.