Emma and I started watching Star Wars: The Clone Wars.  This is the trailer for Season 6, but we started with the first season, and I think it's fair to say that we've both been enjoying it a great deal.

1.  These are some giant, monster-looking turtles.

Not sure what else there is to say about it besides noting that there’s a definite Amazing Spider-Man (the movie) vibe to this trailer that I don’t think necessarily adds to the mystery.

As I have written here many times, I usually do my triathlon training on a four-week cycle, with three working weeks followed by a rest week. This week has been the Rest Week, and what's interesting about that is that as I've rested, my writing mojo has come roaring back. I've written at least something every single day this week, and yesterday, I even managed to put down a full thousand words!

X-Men: Days of Future Past and other comic movie news

This came out yesterday, and I'd have dropped it on the blog then, but I'd already planned to run my training log.  So here it is today, even though you may very well have already seen it.

It’s taken me a long time to get into the groove this season, but for once, I actually felt like a triathlete this week.  I swam twice, I rode several times, and I ran twice, and I would’ve done more of all of those things, but I decided to try to cap my point total for the week at about 120.  That way I won’t take on too much too soon and either exhaust myself or make myself sick.
I usually work on a four-week cycle, taking three working weeks followed by a rest week.  But since the season has started so slowly, this past week was a fourth working week, meaning that I’m overdue for a rest.  That’s fine, but it does mean that I’d be foolish to push it too hard right here at the beginning of the training season.
Read more »
By Danno E. Cabeza - March 24, 2014 No comments: 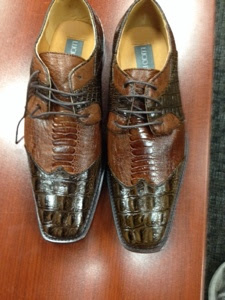 Email ThisBlogThis!Share to TwitterShare to FacebookShare to Pinterest
Labels: Shoes

Sally and I watched the Man of Steel again last night with our daughter Hannah, and we both agreed with that it was a much better film upon second viewing.  I still think Superman comes across as an arrogant asshat at the end of the movie when he throws the predator drone at the general out in the middle of the California desert, but the movie's first half is really, really good, and perhaps more importantly, some of the things that I initially thought were holes in the plot made more sense this second time around.  For example, when Superman is in the Kryptonian scout ship during Act I, he finds a super-suit in there.  What the Hell is that thing doing in a ship that's supposed to have been buried in the ice for 20,000 years?

The first time I saw the movie, I thought this was just one of those cheap writer's tricks that you're simply not supposed to think about.  This time, though, I realized that it's there because Clark used his father's code-key to reprogram the ship; that the ship contains an entire colony-factory, including a birthing chamber for future Kryptonian settlers.  It also (presumably) contains minor manufactory facilities--to help support the future colony--so that when Jor-El's ghost takes control using the key, it's a trivial matter for him to then custom-manufacture a super-suit designed for the scion of the House of El.  Granted, a throw-away line of dialogue to explain this might've helped make it a bit clearer, but it really annoyed me the first time around.  This time, I just thought, "Wow, those guys have terrific memory sticks."

Here's what caught my eye this morning:


It would be honest for the West to tell Ukraine that it is on its own http://t.co/zwOW5GIBEm via @nytopinion
— The New York Times (@nytimes) March 22, 2014

Five Things on a Friday: Wake Me When Winter Ends

1.  It’s Spring!
I don’t know that I’d necessarily say that it’s warm, but Spring officially started yesterday, and this morning I needed neither my face mask nor my balaklava s on the ride to the train station.  Moreover, it’s probably going to be forty degrees by the time I get into the City.
I’m prepared to call that progress.
Read more »
By Danno E. Cabeza - March 21, 2014 No comments:

This calendar is still very much a work in progress.  I'm definitely going to do the Y-Tri, but beyond that, I'd like to do some races with some people, and that sort of depends on what kind of feedback I get from the various teams I'm on.
Read more »
By Danno E. Cabeza - March 21, 2014 1 comment:

It was a cold, muddy ride on the mean streets of Manhattan today. I was hoping to get out before the rain started, but I missed the last bit of merely overcast weather by maybe fifteen minutes.  As it turns out, it wasn't too, too bad, but now I'm on the train with wet, muddy jeans, and that's never fun.

I Finally Broke Down and Admitted It...

People suck. They are pissing me off. I tried taking a deep breath, letting go, letting myself relax...
But no.  That didn't work. Everyone, if you are reading this, you can get fucking bent.
Oddly, having taken a stand, I now feel better.
By Danno E. Cabeza - March 18, 2014 3 comments:

I’ve been telling myself all season that I’m not gonna race that much this year.  And since the season’s gotten off to such a super-slow start in terms of training overall, I’ve even been resisting calling these Monday posts “triathlon” training logs, labelling then instead merely “training logs”.  But.  The YMCA’s Tri Club is now officially back in business, and I’m still coaching, so…  It seems a little silly.
I’m still not sure how much I’m going to race this season.  However, to the extent that I’ve been training, it’s definitely been multi-sport training, and the YMCA is hosting a short Y-Tri at the beginnning of May, and I’m gonna compete.  With that in mind, I’ve relabeled these posts “triathlon training logs”, understanding as I do that there are a lot of triathletes out there--most, probably--who train a lot more than I do.
Truth is, I haven’t pushed at all this season.  In fact, I’ve barely been training, and as far as that’s concerned, I don’t even have any goals.  Nevertheless, I’ve gotten out there three weeks in a row as of this writing, and that’s got to count for something.
Read more »
By Danno E. Cabeza - March 17, 2014 2 comments:

Email ThisBlogThis!Share to TwitterShare to FacebookShare to Pinterest
Labels: triathlon

Last week, my wife Sally decided that I'm not flashy enough. So she bought me a new shirt and tie. 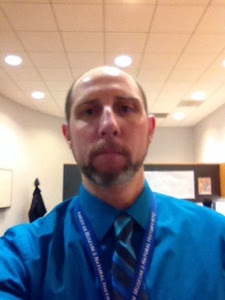 She really likes the look, so now she's ready to go shop some more and buy me lots of new clothes.

Email ThisBlogThis!Share to TwitterShare to FacebookShare to Pinterest
Labels: Sally

The Tennessee Titans have been surprisingly active in free agency.  Here's a rundown of their signings, the most high-profile of which is Right Tackle Michael Oher, whose life story was told in the movie The Blind Side.

Five Things on a Friday: Words of Radiance Edition

Words of Radiance is Brandon Sanderson’s newest novel, the second book in his epic fantasy series, The Stormlight Archives.  I put it on hold at the Milford Library several weeks ago but then broke down and bought it for the Kindle app the day it came out.  I finally finished reading every one of the thousand-plus pages in a long, rather frantic reading session Wednesday night, so that I then had to sit down and read the ending again on Thursday morning, and yup… I’ve been trying to figure out what the Hell I just read ever since.

I’m going to try to keep my thoughts on the book spoiler-free, but only for Words of Radiance.  This edition of Five Things on a Friday assumes you’ve read at least most of the way through The Way of Kings.

This was the second week in a row that was a decent work week.  I got some work done in each discipline--twice!  All things considered, that's not bad.

Swim
Got in the pool twice this week.  The first time was Tuesday evening, when I met my friend Ben, and we did a long set of 200's.  Then I got in again on Saturday, putting in 15 x 100 @ 1:30 after going for a five-mile run.  That Saturday workout wasn't great, but it was decent aerobic work, so I guess I'll take it.

Tuesday's workout is probably the only one that's worth reproducing here:
Read more »
By Danno E. Cabeza - March 10, 2014 No comments:

Five Things on a Friday: Better Late than Never

1. The Red Skull never died.
I was watching Captain America: The First Avenger last night with my girls, and I noticed something.  The Red Skull doesn’t die at the end.  What happens instead is that he accidentally activates the Cosmic Cube, and it shoots him off into space—presumably to the throne of Thanos!
I hadn’t noticed before, but I was paying attention this time because my daughter Hannah said that…
*spoiler alert*
Read more »
By Danno E. Cabeza - March 07, 2014 3 comments:


Not sure what to make of that beyond the obvious fact that the U.S. military is obviously no longer on the side of the angels anymore.

Is that a reflection of what's going on in society, or maybe blowback from all the crap going on with the NSA, or have we simply moved to a more cynical take on what is by now a well-aged franchise looking for new ideas?

Email ThisBlogThis!Share to TwitterShare to FacebookShare to Pinterest
Labels: movies

Tri Club is Back in Action!

The Woodruff Family YMCA Tri Club will be holding it's annual Organizational Meeting on Tuesday, March 11th at 6:30 at the Y.

If you've always wanted to try Tri, this is your perfect chance. Our first race is a very short Sprint on May 10th that starts with a 300-yard pool swim. You can do that!!!

If you're interested, let me know, or just come on out!

Email ThisBlogThis!Share to TwitterShare to FacebookShare to Pinterest
Labels: triathlon 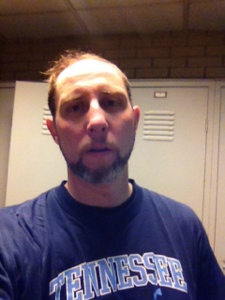 Email ThisBlogThis!Share to TwitterShare to FacebookShare to Pinterest
Labels: Bikes