Reflecting on the Good Times

Seeing all the pictures from R-Day yesterday, it was impossible not to reminisce.

Today has been very busy in an often very annoying way. But. At least I am not reporting to the Man in the Red Sash.
Happy R-Day, new cadets!
By Danno E. Cabeza - June 29, 2015 No comments:

The Secret Warriors and Other Stories...

It's obvious in retrospect.

5 Things on a Friday: The Axeman Strikes!

It’s been a crazy week in Connecticut, folks.  I hope you guys are doing well.
Lots of Army stuff this week.  Not because I’ve been feeling particularly military or anything; this is just what caught my eye.  Let me know what you think.
***
1. West Point drummer injured by ax thrown by 'Fox & Friends' co-anchor (Poughkeepsie Journal)
The drummer for the United States Military Academy was performing as part of a segment on the show  when the anchor, attempting to hit a target, hurled the ax the drummer’s way, according to the article published on the Daily News’s website.
The… scene did not air on the TV network, but was captured on witness’s cellphone and posted on the video sharing website, YouTube.

Back in the Saddle and Feeling Better

It’s amazing what a difference a couple of days can make.
I’ll let you in on a little secret about athletes.  We have a tendency to let our self-worth get all wrapped up in our bodies.  This is even true—depressingly true—of over-the-hill former athletes with real jobs and families.  You can see examples of it in big-time pro-players of all kinds; they get hurt and suddenly they start acting crazy.  It’s because their whole lives, their senses of self-worth, are completely wrapped up in their physical abilities.  Their bodies are what make them special.  You take that away, and suddenly you’re left with guys and gals who’re super-motivated in a world in which they suddenly have little or no purpose and no way to occupy their time.
Read more »
By Danno E. Cabeza - June 25, 2015 No comments:

"What do you mean, people think I can't sing?"

5 Things on a Friday: Jeb! Makes it Official

Let’s start off with the obvious—the blog’s been kind of dead lately.  That hasn’t affected readership, readerships is actually up, but the number of posts per week is down, so if you’re a daily reader, there hasn’t been much to see.  However, it turns out that blogging follows the 80/20 rule just like every other thing in American business, which is to say that 80% of my readers come here to read at most 20% of my posts, and really, if I’m being honest, it’s probably more accurate to say that 95% of my readers come here to read 5% of my posts, but whatever.  You get the idea.  To the extent that this blog has readers at all, it has them because people want to read the various Dungeons and Dragons posts.  Meanwhile, I’ve finally started the re-writing Sneakatara Boatman and the Crown of Pluto for the third and last time, and since nobody much is missing the filler that comprises most of the blog’s mid-week articles, I’ve let them slide.
You don’t mind, do you?
Read more »
By Danno E. Cabeza - June 19, 2015 No comments:

After a couple of lackluster weeks, I finally felt like a triathlete again this week. Sally and the girls took me to the Adventure Park in Bridgeport for my birthday, and that was great, but it came in the same week I'd gone heavy in the gym, focusing on my back and biceps, and I've been struggling with tendinitis ever since.  I couldn't swim, and I couldn't lift, and since I've been struggling with knee problems, I also couldn't run. That left me with cycling and beer, and yeah, I like both things, but it's hard to hold form with just that. 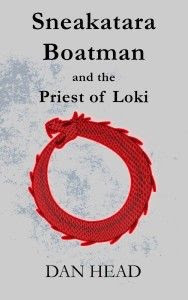 This post is a blatant advertisement. I wrote a book about a girl named Sneax, and it is a PERFECT beach reading novel. You should totally buy it before you head out this summer.

5 Things on a Friday: Someone You Can X-Ray

I was planning to do a series of comics articles this week, but there wasn’t quite as much news-worthy news out of the Special Edition: NYC Comic Con as I’d expected.  That maybe shouldn’t have come as a surprise considering that the San Diego Comic Con is right around the corner.  Most of the big companies are undoubtedly holding their really big announcements until then, so that leaves us with a hodgepodge again this week -- along with a bonus reading recommendation.
Happy Friday, folks! 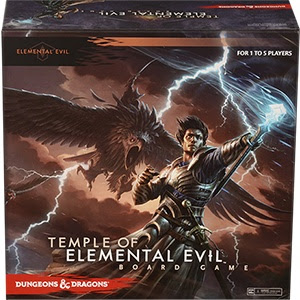 My kids and I really like to play the games out of the D&D Adventure System.  These are the board games designed around a stripped-down version of D&D’s 4th Edition, Castle Ravenloft, Wrath of Ashardalon, The Legend of Drizzt, and most recently, Temple of Elemental Evil.  We’ve really enjoyed these games, and I think gameplay has improved steadily as the series has progressed.  But my kids and I have also progressed, to the point where we now also enjoy the full version of D&D (5th Edition), and in particular, my kids enjoy playing characters of their own design.

So when Temple of Elemental Evil came last week, Hannah’s excitement was muted.  Because, she said, she wants to play her character, Sneax the Halfling Warlock.

This is a problem I think maybe we can solve.  I should note, though, that what's presented below is basically a concept sketch.  I've not made much effort to benchmark the character's AC, hit points, or accuracy against what's already in the game.  My sense is that she should probably be about in line with what's been presented for the Rogue, but like I said, I haven't gone through and done any sort of comparison yet.

Wow.  I'm guessing that was a full-service psychic.

5 Things on a Friday: Attack of the 3-Year Launch Cycle

Kind of a slow news week.  That gave me the chance to talk a little more comics and a bit of Army Football.
Go Army!  Beat Navy!!!

***
1. ‘All-new’ Marvel to re-start every comic title at Issue No. 1 (NY Post)
“It allows us to bring all the cool toys into the same sandbox,” said Axel Alonso, Marvel’s editor-in-chief. “Look for an influx of really fun, new stuff in the Marvel Universe. It could be an artifact of great power. It could be a region….
“We’ve asked [the creative teams] to think big and think fun,” Alonso said. “Maybe a character moved to a new place, has a relationship to someone close to them change or their outlook on life is different.”
Read more »
By Danno E. Cabeza - June 05, 2015 No comments:

Marvel’s Inferno event occurred way back in 1988 and ‘89.  At its core, Inferno was an invasion of Manhattan by the demons of Limbo, one of the many magical Hell-dimensions of the Marvel Universe (MU).  More than that, it was also something of a bridge stylistically from the mutant-prejudice stories of the 80s to the 90s hyper-dark, hyper-sexy style that eventually became emblematic of Image comics.  It is perhaps no surprise then that the art of Marc Silvestri plays a substantial role, and that even Rob Liefeld makes a cameo in one of the later issues, though his work here is largely devoid of the markers that will later become his trademark.  Inferno was important because it tied up several storylines that had been playing through the X-books since as long ago as the Dark Phoenix saga, and as such, it was something of a seminal story event.  It was also one of the last times that some of these books made anything like logical, narrative sense for a very long time.
Read more »
By Danno E. Cabeza - June 04, 2015 No comments:

Today is the 20th anniversary of the West Point class of 1995's graduation.  Our reunion is in October, and I'm quite looking forward to it.

Thoughts on the WWE

I haven't made much of an effort to follow the WWE lately, but man, last night's show was terrific. The opening match with Roman Reigns and King Barrett was great, and the middle section with John Cena and Kevin Owens was one of my favorite segments in years.
I'm usually a guy who HATES Cena, but now I'm wondering if maybe the problem was that he just needed the right push. Because for as good as I thought Owens was with his bit -- and he was very good -- Cena tore the house down.  First he drops a match to put over a credible threat, and then he uses it to fire up one of the most interesting feuds he's had in about a decade...  Who the Hell is this guy, and what did he do with the old John Cena, the most wooden superstar since the Ultimate Warrior?
Anyway, I've said my piece. I'm interested in Cena and in the WWE for the first time in a long time, and that's good.  I also think it's good that they're putting over more young guys, that they've found a way to put the best workers they've got into the Title picture. That bodes well for the future.
I don't know what changed, but whatever it is, it's working.
By Danno E. Cabeza - June 02, 2015 1 comment:

Ten Iconic Marvel Comics Stories That Will Never Be Movies

1.  X-Men / Alpha Flight
Loki kidnaps Storm to piss off his brother by making her the new goddess of thunder.  The X-Men pursue while Alpha Flight gets caught up via plane crash, and they team up.  This makes sense because Wolverine is Canadian and knows Alpha Flight from his time wandering through the Canadian outback.
Interestingly, because Asgard is part of Norse myth, so it exists in the public domain.  It’s not the film rights to Loki that are the problem.  Instead, this one is a non-starter because 20th Century Fox doesn’t have the film rights to Alpha Flight.
Read more »
By Danno E. Cabeza - June 01, 2015 No comments: